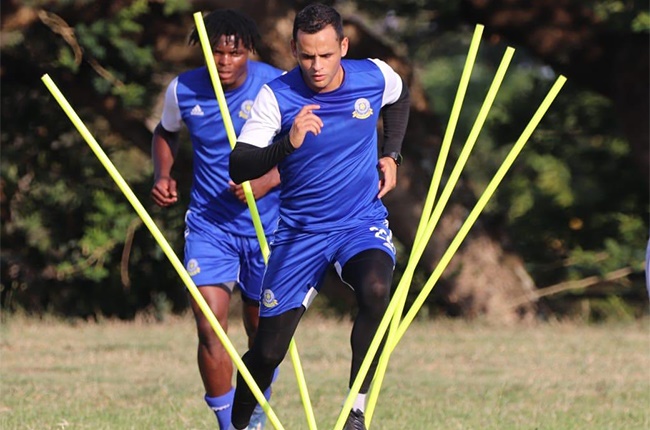 Gustavo Paez is disappointed that newly-formed Tshakhuma Tsha Madzivhandila are unwilling to take a "risk" by signing the Venezuelan striker.

The 30-year-old former Kaizer Chiefs frontman is free agent after leaving Mineros, where he spent a brief spell, alongside Atletico Venezuela, after leaving South Africa in 2019.

He was all set to join TTM, but the club have now opted against making the move.

Speaking to KickOff, Paez revealed that a perceived problem with his clearance has left him in limbo.

He said: "I don't know what's happening, they say they don't want to risk it.

"They are asking for my clearance from FIFA because I terminated my contract in Venezuela with my previous club because they owed me outstanding payments for six months.

"So I sent the letter to them you know asking for the payment after 15 days for FIFA you know I have my chance to terminate my contract, and it's what I did. So I don't have any contract now.

"But they say they are now scared because of the problem [transfer ban] of Kaizer Chiefs. They got my work permit for three years, they got everything but they say that they don't want to risk."

Paez becomes the fourth player to have left TTM after being unveiled following Oupa Manyisa, Augustine Mulenga and Brian Onyango out of the club.

We live in a world where facts and fiction get blurred
In times of uncertainty you need journalism you can trust. For only R75 per month, you have access to a world of in-depth analyses, investigative journalism, top opinions and a range of features. Journalism strengthens democracy. Invest in the future today.
Subscribe to News24
Related Links
Josef Zinnbauer sheds light on Orlando Pirates centre-back rotation policy
Harry Maguire confident Man United are back on track
Brandon Peterson: 'If the opportunity arrives, I will take it'
Next on Sport24
Mamelodi Sundowns held by Maritzburg United in Middendorp's return to the dugout