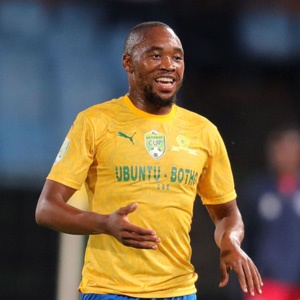 Mamelodi Sundowns attacker Sibusiso Vilakazi says he is more concerned with the success of the team than with personal accolades.

Vilakazi is Sundowns' second-most prolific scorer this season, with ten goals to his name, trailing Themba Zwane, who has hit the back of the net 12 times.

But Vilakazi insists there is no competition between the pair to win the club's golden boot award, praising the mentality of unselfishness in the Brazilians' squad.

"It doesn't matter who scores, as long as the team is winning. We always have that brotherhood," he said on the club's website.

"You must just play your part in the team, contribute as much as you can. Whoever is in a good position to score, you pass to him because it’s all about sharing."

Coach Pitso Mosimane, however, feels that Vilakazi and Zwane could and should score more goals and said that they were sometimes too reluctant to shoot.

"Sometimes my players are naughty when they are trying to play their way out," said the Masandawana mentor.

"Too many small passes. But you know, I don't want to stop because I've got to let them play to their potential.

"Because if you don't let Vila and Themba Zwane play those passes, then you are taking them out of the game. I wish they could shoot more, but they like to enjoy the game. It's also good for football and for people to see."