Vukusic: No point dwelling on 5-0 defeat 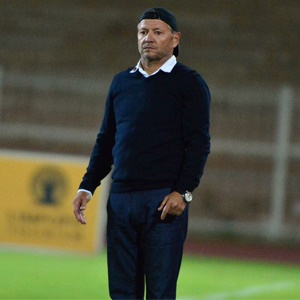 Cape Town - AmaZulu head coach Jozef Vukusic is keen to put the disappointment of their Telkom Knockout exit behind them as they change focus to the Absa Premiership.

Usuthu were hammered 5-0 by Mamelodi Sundowns in the first round of the TKO at Lucas Masterpieces Moripe Stadium on Sunday, and Vukusic lamented the way the game got away from his charges after keeping it tied at 0-0 until just before half-time.

"There was a lot of pressure from Sundowns in the first half, but I would like to believe that we were okay until we conceded the goal in the 45th minute," he told the press in a post-match interview.

"I believe that the second and third goal were very soft goals that were unnecessary.

"There are many areas that we have to work on but it's okay, we'll go back, and we will learn," he added.

"It was a difficult game, I think we could've done better in certain instances, but we can't do anything about it now."

Vukusic doesn't want his players dwelling on the heavy defeat and is eager to see them get back to winning ways against Baroka in the Absa Premiership on 27 October.

He added: "We now have to focus on the league, make sure that we get maximum points in the next game and focus on how to move from where we are in the league."