Zungu: Playing for Pirates has been a childhood dream Cape Town - Nkanyiso Zungu says it was always a "childhood dream" to play for Orlando Pirates even though most of his family support Kaizer Chiefs.

The 24-year-old Zungu signed for the Soweto giants from Stellenbosch FC in the recent January transfer window.

The Durban-born player has now spoken about how he supported the Buccaneers as a kid despite most of his family rooting for the Amakhosi.

In quotes on the Orlando Pirates website, Zungu said: "Playing for Pirates has been a childhood dream of mine, so you can imagine what went through my mind when the call came through.

"But having said that, joining is only the start, I need to work hard to build on this and make this opportunity count.

"The interesting thing is that I come from a family of staunch Kaizer Chiefs supporters, but as soon as I was old enough to make my own decisions, I went against the grain and chose the Black and White of Pirates.

"I think I was mainly attracted to their style of play."

Zungu has yet to make his debut for Pirates with coach Josef Zinnbauer confirming that the midfielder picked up an ankle injury upon his arrival.

Related Links
Lavender Hill teen set to represent SA in Spain
Solskjaer hails new arrival as Fernandes settles in
Klinsmann quits as Hertha Berlin coach - after 10 weeks!
Share
Next on Sport24
Kaitano Tembo: 'It's important we look after our players' 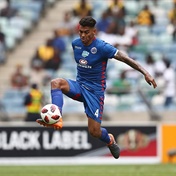