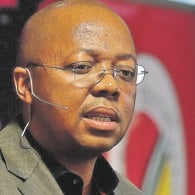 He has served Fifa with a letter of demand for $5 million (R64.7 million) for defamation of character.

The letter – which comes after his R5 million lawsuit against Safa – was served to visiting Fifa president Gianni Infantino, who was in the country for a Fifa summit this week.

Sedibe’s lawyer, David Swartz, said they sent a court sheriff to deliver the letter to Infantino at the Sandton Convention Centre on Monday.

Swartz said they were also demanding Fifa “to publicly and officially withdraw the report on Bafana Bafana match-fixing; withdraw the sanctions imposed on Sedibe; and release a media statement on the retraction of the report – at Fifa’s expense – in the New York Times, the Guardian and two national South African newspapers”.

This was after Fifa banned Sedibe from all football-related activities for a period of five years, based on the report of allegations of match-fixing involving Bafana Bafana before the 2010 Soccer World Cup.

Swartz said they gave Fifa 14 days to respond, failing which, they would go ahead with their claim. He said they approached Swiss-based lawyer Gregor Bühler to assist with the case.

In the letter sent to Fifa, the lawyer challenges Sedibe’s sanction and argues that it “damaged our client’s good name and reputation, which, prior to the report, was of the highest standard as our client has always conducted himself in a most ethical manner in all his business ventures and positions he held.

“It is impossible for our client to pursue various business ventures as now any entity or person, in light of the vast negative coverage in respect to the sanctions imposed on him (wrongfully) by Fifa, refuse to deal with him.”

They argue the report “was premised on various unsubstantiated and baseless allegations which had been levelled against our client”.

“It is common cause that the finding by Fifa in the report was predicated on untruthful and defamatory information presented by representatives of Safa.

“Furthermore, it is common cause that our client was not afforded an opportunity to present his case to Fifa prior to the release of the report, and that the veracity of the allegations put forward by the representatives of Safa were never properly investigated and tested by Fifa.”

The lawyers reiterate that Sedibe has already taken legal action against Safa, as well as “those representatives who made false and defamatory allegations on which the report and its findings is premised”.

We live in a world where facts and fiction get blurred
In times of uncertainty you need journalism you can trust. For only R75 per month, you have access to a world of in-depth analyses, investigative journalism, top opinions and a range of features. Journalism strengthens democracy. Invest in the future today.
Subscribe to News24
Related Links
Sedibe sues Safa for R5m
And now for the $10m African Diaspora development riddle
Next on Sport24
Pitso Mosimane's Al Ahly secure dominant win to send ominous warning to Kaizer Chiefs