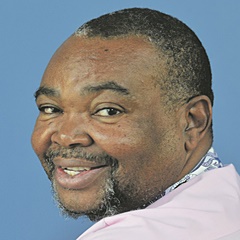 Johannesburg - As reported last week, one can expect a lot ahead of the South African Football Association (Safa) elections on March 24, says S'Busiso Mseleku.

I was perturbed to find out that the Football Transformation Forum (FTF) still exists. There was heated debate on social media – particularly Facebook – last month between FTF members and those outside the organisation.

In raising his hand for the position of Safa president last week, Chief Mwelo Nonkonyana said: “Remember, I was there when we started the FTF and drafted its policies, but now people are no longer adhering to its principles.

“It is all about personalities and purging those who are not toeing the line".

The FTF was formed ahead of the bitterly contested 2009 elections as a vehicle that would propel Danny Jordaan to the Safa presidency.

Its formation took the then Safa leadership by surprise, but came as a breath of fresh air to those who felt South African football was stagnating.

I was one of those who endorsed the FTF after reading its vision statement and manifesto.

It actually succeeded at that bloody election where the two main adversaries – Jordaan and Irvin Khoza – withdrew after a day-long debate on the eligibility of their candidatures.

Why do I say the FTF succeeded? Because Kirsten Nematandani, who emerged as the new Safa president after those elections, had been a compromise candidate from this structure.

In football parlance, they put him on the bench in anticipation of the eventuality of Jordaan not succeeding. The FTF eventually got Jordaan to ascend the South African football throne at the 2013 Safa elective congress.

So why do I now say the FTF is not good for our football?

After getting the plum job by default, one has to point out, Nematandani failed or did not heed advice to visit those Safa regions that had not supported the FTF and, by extension, himself. This meant that those who did not vote him in remained perceived “enemies”, which flew against the principle of fair play.

After becoming Safa president, Jordaan would have been well-advised to dissolve the FTF. By then, it had fulfilled its purpose as an election vehicle to propel him into office. His move should have been to replace it with Safa’s Vision 2022, which is a collective view of the leadership elected in 2013 and those within Safa structures.

In democratic societies, it is a right of individuals to join organisations of similar-thinking people.

However, the existence of the FTF within Safa – despite it not being a recognised structure in both the Safa constitution and statutes – is divisive. Those who are not part of it feel sidelined and thus become bitter. It is this group that keeps asking about the promises made before the elections that have not been fulfilled.

Disgraced Fifa president Sepp Blatter used to speak highly of the “football family”. Those outside the FTF feel they are being treated as Cinderella cousins who are not welcome at the South African “football family” table. They feel that plum Safa national executive committee and administrative positions are reserved for the “chosen” members of the FTF.

Our football has a long history of division, such as the days of the A and B teams. Some of us still remember the ugly scenes of the 1985 split that saw the late China “Dibaba” Hlongwane stabbed 27 times in front of television cameras at Ellis Park.

In Nelson Mandela’s words, we say “never again”. The sooner the FTF is dissolved, the better.

We live in a world where facts and fiction get blurred
In times of uncertainty you need journalism you can trust. For only R75 per month, you have access to a world of in-depth analyses, investigative journalism, top opinions and a range of features. Journalism strengthens democracy. Invest in the future today.
Subscribe to News24
Related Links
Safa suspensions better late than never
Old-fashioned Safa ignores a chance to move with the times
Nonkonyana wants Safa’s top job
Next on Sport24
CONFIRMED | Kaizer Chiefs' CAF clash against PWD Bamenda moved to Saturday