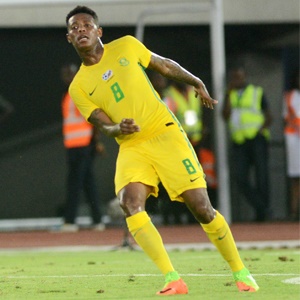 According to a report by TimesLIVE, the Bafana Bafana player is attracting interest in Greece where he would reunite with former Vitoria Guimaraes coach Pedro Martins.

The two spent a season together in Portugal before Zungu moved to France's Ligue 1 in a R31 million deal ahead of the 2017/18 campaign.

Zungu would become the second most expensive South African player behind only Benni McCarthy who moved to Porto from Spanish side Celta Vigo in a record R121 million deal.

McCarthy previously held the record for South Africa's most expensive export when moving to Spain from Dutch side Ajax Amsterdam in a R93 million deal before later smashing his own record.

This continues the meteoric rise of the 25-year-old midfielder who began his professional career at the University of Pretoria before later joining Masandawana.