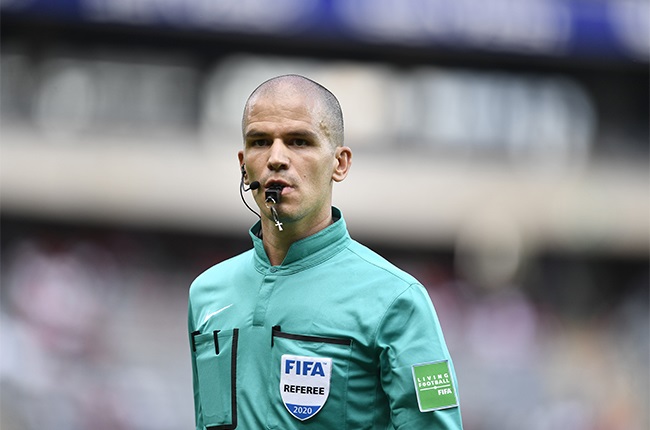 Well-known South African football referee Victor Gomes has been selected to officiate at the upcoming Tokyo Olympics, becoming just the second local referee to appear at an Olympic Games.

Gomes will be following in the footsteps of former FIFA registered referee Jerome Damon who appeared at the 2008 Beijing Olympics.

Gomes said he was excited with the appointment while thanking SAFA and his colleagues for always pushing him to raise his standards, not only on the African continent but the world.

"Being invited to officiate at the Tokyo Olympic Games is a huge honour for me," Gomes told the SAFA website. "I'm grateful to SAFA, CAF and FIFA for this recognition.

"This is the pinnacle point in my career and another step closer to my personal targets.

"I will need to put in some extra work as I'll not only be representing myself, but my family and the whole of Mzansi alongside the African continent."

SAFA's chair of the referees committee, Natasha Tsichlas said Gomes' appointment once again showed South Africa's officials are among some of the best on the continent.

"The high number of our officials appointed to officiate in global showpieces is an indication of the high standards of our football officials," Tsichlas said.

"We also have a number of upcoming referees who will look at the likes of Gomes for inspiration and guidance.

"I would like to thank SAFA president Danny Jordaan's leadership for continuing to produce world-class administrators and officials," Tsichlas added.

The Olympic Games, initially scheduled for 2020, but postponed due to the coronavirus pandemic will now be held from 23 July - 8 August, 2021.

The SA U-23 Olympic Team will also be representing the country at the world's biggest sporting showpiece.

We live in a world where facts and fiction get blurred
In times of uncertainty you need journalism you can trust. For only R75 per month, you have access to a world of in-depth analyses, investigative journalism, top opinions and a range of features. Journalism strengthens democracy. Invest in the future today.
Subscribe to News24
Next on Sport24
Chippa United book spot in Nedbank Cup final