RVP will be ready for SWC 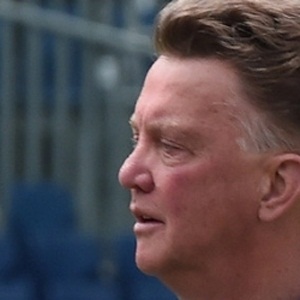 Van Gaal concedes that there is still much to be done before then, but he is also satisfied with the progress that the Dutch captain has made in the build-up to football’s showpiece.

Van Persie has been working his way back to full fitness after spraining his knee during Manchester United's Champions League round-of-16 tie against Olympiakos in March. He was subsequently transferred to doctors in the Netherlands, where he embarked on a rehabilitation programme.

"He is not 100 percent, but we have two weeks to go. I think he will be 100 percent," Van Gaal told journalists on Wednesday.

"He is coming out of injury but we built him already up in our federation, our medical department. It was under the permission of David Moyes, so we could control him. He has worked very hard," said Van Gaal, who hasn’t exposed the Netherlands striker to too much football during the World Cup preparations.

"He has played two matches of 20 or 30 minutes and the last match 70 minutes. We did not expect that as the injury was bad," said a relieved Van Gaal.

Netherlands will come up against defending champions Spain, Chile and Australia in Group B at the showpiece event, which kicks off on June 12.

We live in a world where facts and fiction get blurred
In times of uncertainty you need journalism you can trust. For only R75 per month, you have access to a world of in-depth analyses, investigative journalism, top opinions and a range of features. Journalism strengthens democracy. Invest in the future today.
Subscribe to News24
Related Links
Drug tests for every player
Rooney to start SWC warm-up
Pressure mounting in Brazil
Next on Sport24
Germany's SWC debacle is 'huge motivation' - Mueller