'SA should learn from Germans' 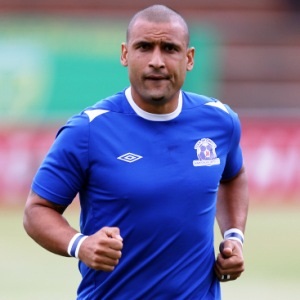 "As a nation I think we can learn a lot from the way the Germans run their football," said Buckley.

"When it comes to youth development they are second to none. We would do well to replicate what they have because it is sustainable and the philosophy makes sense."

Germany's 7-1 destruction of Brazil in the Soccer World Cup this week, en route to Sunday's final against Argentina - came as no surprise to Buckley who had backed the Europeans from the outset.

The former Bafana Bafana international was certain the German method of development was a proven path to success.

Germany's impressive youth academy blueprint was conceived after the nation's dismal Euro 2000 performance where they crashed out in the group stages finishing bottom.

With academies spanning across 360 areas and starting players as young as eight years old, Germany had turned into a hotbed for football talent.

By the time players make it out of the German structures, they are fully developed football machines," Buckley said.

"Their academies are aimed at instilling technical skills and tactical know-how at an early age."

SAFA technical director Fran Hilton-Smith revealed that her organisation's Technical Master Plan was partly inspired by the German philosophy, but its implementation would be the most critical aspect.

"As SAFA, we have spent some time in Germany and they are one of the nations that we have looked to take pointers from. We have development structures in place for ages 13 to 15," she said.

"But we must start younger like they do, and develop players much earlier than that. I think Germany at the World Cup have shown what happens when you have proper development structures.

"We also need to elevate our level of coaching, which is extremely important, by training more coaches so we can implement the strategies."

It appears SAFA's head honcho may have found a suitor in Buckley to administer the plans.

Having spent most of his professional football career in Germany with various clubs, Buckley harbours ambitions of becoming a coach in the near future.

"It's my own way of giving back. I just want to contribute where I can. I want to play a contributing role to development football in my country.

"I have soaked in a lot of knowledge over the years during my time in Germany. I spent many years there and I've seen how meticulous they are about everything they do.

"They take their youth development programmes very seriously. In fact, more money is pumped into development than it is into the senior teams."

There were no shortcuts in the German system as youth coaches were required to have a minimum B-license qualification and fulfil the role as a scout as well.

The 36 year-old Buckley, now a free agent, is on the verge of retirement after spending his first and only campaign in South Africa at Maritzburg United last season.

The midfielder's hand may be forced as he said he would pursue a coaching license in Europe if he does not find a club.

"At the moment I don't have a club so I am just waiting to see what happens. If nothing comes up then I'll probably go for a coaching license.

"I think I can still play for one more year, if not two, but obviously this particular situation is out of my hands."

We live in a world where facts and fiction get blurred
In times of uncertainty you need journalism you can trust. For only R75 per month, you have access to a world of in-depth analyses, investigative journalism, top opinions and a range of features. Journalism strengthens democracy. Invest in the future today.
Subscribe to News24
Related Links
FIFA: No Cameroon fixing
Brazil 2014 'best on-field SWC'
Next on Sport24
Germany's SWC debacle is 'huge motivation' - Mueller

Choose your newsletters
Voting Booth
With the Springboks losing their last two matches against Australia, how concerned are you?
Please select an option Oops! Something went wrong, please try again later.
Very concerned! Something is not right ...
59% - 3123 votes
I'm not worried. Every team has a bad game. The Boks will bounce back.
18% - 937 votes
It's too early to tell. Let's see how they go against the All Blacks.
24% - 1278 votes
Previous Results
Showmax
How Jurgen Klopp saved Liverpool