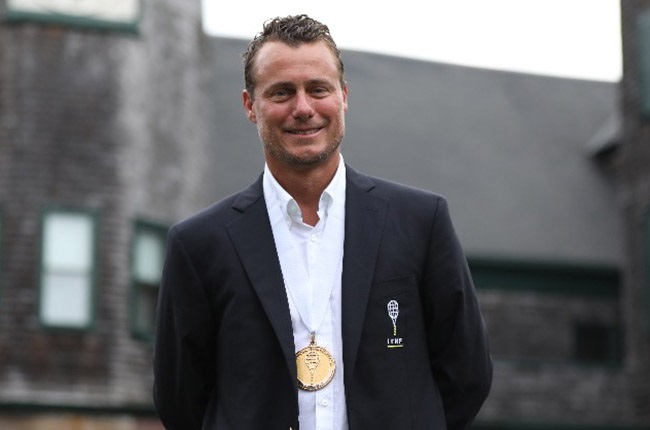 Lleyton Hewitt, a two-time Grand Slam champion and former world number one, was inducted into the International Tennis Hall of Fame on Saturday, a ceremony delayed from 2021 by Covid-19.

The 41-year-old from Adelaide was unable to travel to the Hall of Fame last year from Australia so his induction was postponed for a year and staged after Saturday's ATP Hall of Fame Open semi-finals.

"I think I needed that extra year to come up with some proper words," Hewitt said. "This is an incredible honour for me. It has made it all the more special to be able to have my family and friends here."

The ceremony was staged on the court where Hewitt won his first ATP grass court match as a teen in 1998.

Hewitt was a year-end world number one in 2001 and 2002 and his intense emotion combined with speed and skilled shotmaking made him a threat on any surface, great shots usually followed by the scream, "Come on."

Hewitt finished with a career record of 616-262 in ATP singles play.

The Aussie icon won his first ATP title in Adelaide in 1998 and his last in 2014 at the Hall of Fame Open, defeating Ivo Karlovic.

"I feel fortunate I was able to play across generations," Hewitt said, "to play against my heroes like Andre Agassi and Pete Sampras" as well as against legends Rafael Nadal, Roger Federer and Novak Djokovic.