Barcelona - Japan's Kei Nishikori missed his chance to reach another final at the Barcelona Open as he lost 6-4, 3-6, 7-5 on Saturday to Daniil Medvedev.

Fourth seed Nishikori had reached the final of the Catalan clay-court event three times, winning in 2014 and 2015 but losing the 2016 final to Rafael Nadal.

"He played very aggressive and was better today on the clay," Nishikori said. "It was a close match, he played well at the right moments."

Asia's top player won't get the chance for revenge this year. The players exchanged breaks in the third set before the seventh-seeded Medvedev seized the first match point to break in the 12th game and win the baseline battle.

The Russian, making his debut at the pre-Roland Garros clay tune-up, will face off for the trophy on Sunday against the winner from 11-time champion Nadal and third seed Dominic Thiem.

Medvedev took the first set but smashed a racket as Nishikori levelled by winning the second.

Nishikori broke in the first game in the third set, but the Russian soon hit back for 2-2.

Nishikori saved three break points in the sixth game but Medvedev turned the momentum in an instant in the 12th game.

He sent a winning forehand down the line for a match point and immediately converted for victory when Nishikori hit the net with a return.

Nishikori came into the match after beating Medvedev in January's Brisbane final, a success which ended a 51-tournament title drought for the Japanese ace.

In spite of defeat Nishikori remained pleased with his progress on clay ahead of upcoming Masters events in Madrid and Rome.

"I'm happy with how I'm playing. Even today, I played well," he said.

"I've got my confidence back again on clay. It was important for me to do well this week

"I want to be ready for the next big events."

Medvedev, who shook some salt into his mouth during a third-set changeover just to spark his tiring muscles - apparently not for cramping -  said his game remained in top gear despite falling behind a break to Nishikori.

"I felt ahead of him mentally in the final set. That is how I managed to break at 6-5," said Medvedev.

"This match shows I'm able to play well on clay against the top 10 guys. I'm feeling strong physically and mentally.

"I'm very happy to win, this gives me big confidence and shows I can do a lot."

We live in a world where facts and fiction get blurred
In times of uncertainty you need journalism you can trust. For only R75 per month, you have access to a world of in-depth analyses, investigative journalism, top opinions and a range of features. Journalism strengthens democracy. Invest in the future today.
Subscribe to News24
Related Links
Injured Naomi Osaka pulls out of Stuttgart semi-final
Anderson's tennis elbow injury a blow for SA prospects
Thrilling comeback sees Osaka into Stuttgart semis
Next on Sport24
'Roger Federer Arena' plan fails to rally signatures 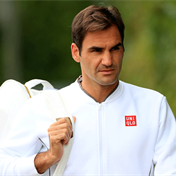