Wiphold serves up an ace for tennis Johannesburg - The low-key announcement by Tennis SA (TSA) about its new sponsorship deal with Wiphold barely caused a ripple in a sporting week dominated by Ashwin Willemse dropping the mike at the SuperSport studios and AB de Villiers retiring.

Forget that Wiphold is a black female-owned, multi billion-rand investment company, the fact that the sponsorship is specifically aimed at financially assisting TSA’s efforts to improve elite performance in women’s tennis should have caught the eye.

It is rare that commercial partnerships in South African sport cater specifically for women – usually the women’s aspect of a sponsorship is the back end of the main deal. But the way the TSA and Wiphold sponsorship is structured is pretty comprehensive.

TSA’s website said the deal aims to look after “a travelling squad of six to eight female players in the Under-16 age group, who will play in selected junior International Tennis Federation events in Africa; [hold] an annual Next Gen camp and tournament of up to 32 of the country’s emerging young female players; and [fund] a high-performance squad of eight to 10 female players that will act as a feeder to the Fed Cup team”.

TSA chief executive Richard Glover said: “The significance of the sponsorship is that it’s very much a female-specific sponsorship and there are not many of those in South Africa.

“On another level, having Wiphold group chief executive Louisa Mojela involved gives us credibility with business in South Africa, also from a transformation perspective. We have a long way to go in terms of transformation; this deal says we’re committed to it and we see the growth we can get from it.”

Mojela, who is one of the founders of Wiphold and has agreed to be the country’s official patron for women’s tennis, comes with a reputation as a heavy hitter in business and she is a massive tennis fan.

“Our starting point was that Louisa is obviously a tennis nut – she loves the game and that was the opportunity we took. She wants to help local tennis for the right reasons.

“She wants to see South African men and women play Grand Slam tennis. There are a lot of good things happening in tennis and they’re probably flying under the radar for the most part. Having a big gun like Louisa batting in our corner is a big thing for us.”

Mojela, a passionate Roger Federer and Serena and Venus Williams fan who started playing the game at school and still does so with her grandchildren, said her motive for getting involved with TSA was pretty simple.

“We’ve got the next generation in this country that’s very talented. It would be great if we could give them a little push to achieve what they want,” she said.

“So much money is pumped into other sports, but so little is put into tennis. My role [as patron] is not as big as it sounds. I just have to avail myself whenever there are tournaments. When I can make time, I’ve also volunteered to assist with fundraising.”

Glover’s official understanding of the role suggested Mojela was being modest because, apart from the ceremonial and fundraising duties, TSA is hoping Mojela will “build its credibility from a business perspective, help raise the profile of the sport in the country and strategise in an advisory capacity”.

The Wiphold deal is the sixth secured by TSA in the past 18 months, with an international retail bank rumoured to be lucky number seven soon. The common theme with the sponsorships (Kia Motors, IT company Axnosis, Lotto Sport Italia, Vodacom and Growthpoint Properties) secured since Glover was appointed late in 2016 has been how each have been tailored towards a specific function.

“It is deliberate. We work hard to try to match the opportunities we have in tennis to the brands we target,” said Glover. “I know it makes us sound incredibly brilliant and bright, but there is an element of luck in it. Brands are being a lot more targeted and specific about what they want. The days of wanting to be on the team’s shirt – what I call the scattergun approach – are almost over.” 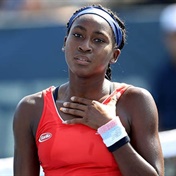