Novak Djokovic's US Open disqualification was a ticking time bomb 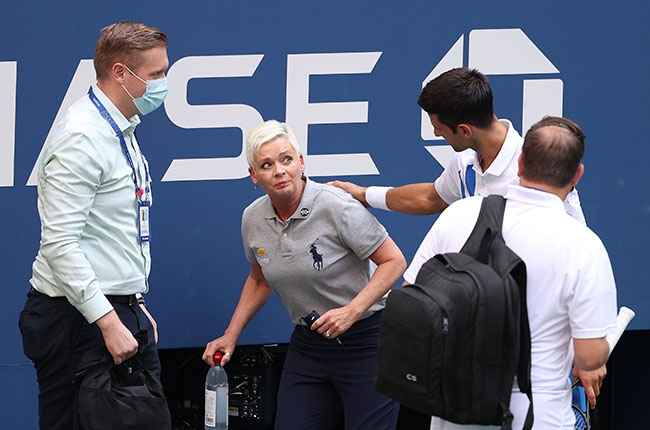 Novak Djokovic of Serbia tends to a line judge who he hit in the throat during the fourth round US Open against Pablo Carreno Busta of Spain on 6 October 2020.
Al Bello/Getty Images

The tennis world was rocked late on Sunday night (SA time) when Serbia's Novak Djokovic was disqualified from the US Open.

Just after dropping serve to go down 6-5 in the first set against Spain's Pablo Carreno Busta, the world No 1 hit a ball in disgust and struck a female lines official in the throat.

While watching proceedings, at first glance it appeared as though the official had collapsed, as the live airing had not shown the moment she was struck.