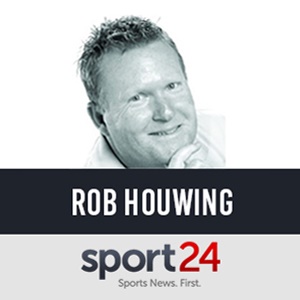 The loosening now, at level four, of exercise restrictions during coronavirus lockdown ... I'm probably not alone in having strangely mixed feelings about it.

That “6am to 9am only” stipulation seems a bit weird, possibly leading to the sort of suburban or promenade bunching we’re actually trying to avoid, while the 5km radius limit for running, walking or cycling means it will feel a bit like a jet aircraft being allowed to fire up its engines and taxi to the main runaway ... but just not quite be permitted the liberty of a roaring take-off.

Yet that’s still infinitely better than sitting more idly on the airport apron, isn’t it? Or, to put it another way, it sure as heck beats the ‘Home Olympics’ curtailment - not to mention rank sense of claustrophobia - of recent weeks.

Look, I’d better not grouse too much about on-my-property pursuits: I am blessed with relatively good outdoor space, including some lawn and a pool and the ability to plot an athletic ‘course’ of some sort around almost the whole house (at least to the sudden halt of the high wall at the backyard clothes’ line).

Many aren’t so lucky, of course, including those in small apartments or considerably worse and more stifling social circumstances.

It’s been challenging and patience-testing, nevertheless, to get a sweat up … or, often enough, even to muster the enthusiasm and discipline to try to.

An increasingly keen mountain-biker and sometimes road cyclist in recent years - but crucially NOT the possessor of an exercise bike -- I made the juvenile error just ahead of lockdown of being a bit blasé, not thinking things properly through. (That regrettably included booze supply, where my too-modest stockpile has shrunk like butter melting in a hot pan.)

So unlike my shrewd friend Spike, who quickly purchased a fancy back-wheel thingamabob to raise his “roadie” off the ground in the lounge before all the shops slammed shut, I found myself – in the most royally futile of moves - trying to find ways (bricks, bits of wood, you name it) of somehow jacking up by an inch my trusty Scott hardtail MTB into a home trainer.

Tip? Don’t bother. Unless you are Archimedes (I’m not), you simply won’t find the correct degree of stability, never mind staving off scratches or dents to the frame.

That disappointment over, on day two of lockdown I defiantly set out on the bike around the yard, even setting my Strava to record the first-time event of an all-home trail.

It gave me a load of tight squiggles on the after-ride review screen that looked like spilled spaghetti.
But endless circuits of the garden also gave me the following, unflattering and deeply frustrating data: distance 1.41km (yes, sadly the full-stop’s in right place); elevation gain zero; time 30m 34s.

The only “thrill” was the little two-step-height impromptu ramp I created from the pool level to the lawn, although the bricks began to separate the more times I rode over it with a thump and it only made me pine even more - yup, and far too quickly - for every turn on the Faerie Garden upward singles at Tokai Forest, and the rattle-and-roll descent on the Mamba.

Uuuuuhhh ... I was clearly going to have to get back into jogging.
That is not something I had done since my old pal and former Sport24 colleague David Brooke, the

svelte athlete who is now brand and sponsorship manager at the Cape Cobras, dragged me kicking and screaming for a while onto the evening suburban pavements some eight years back (or more?).

Our daft Labrador spiritedly trying to trip me up during the opening minutes each time – before spectacularly losing interest - I have probably shuffled the property half a dozen times, in roughly half-hour sessions, over five weeks.

But man, my mid-fifties ankles, Achilles heels, hamstrings, knees and thighs really don’t like it much.

The route is monotonous to the point of sleepwalk, too: three times around the driveway, twice around the pool, past the “Nel Tenk” (an ironically full-to-the-brim symbol of crises past), onto the uneven, ligament-teasing paving at the back ... then repeat, repeat, and repeat again.

Sorry, no can do: I am increasingly, and hardly helped by the wussy-fying effects of advancing age, a 28 deg C-or-above swimmer.

I won’t even think about 17C, the current reading as the sun cruelly now flits behind the tall plane trees in the adjacent avenue, bypassing the solar panels on its spirited trajectory toward winter mode.

Swimming was so … well, “February”.

Garden cricket? That would have been fun … but my son, whose favourite and seemingly only shot (even to a long hop) is a classic forward defensive to make Boycott, Tavare, Gavaskar or Armitage proud, is now based abroad, and my daughter prefers lawn badminton.

Did I say badminton? Therein, really, has been one, surprise late-summer salvation.
Ours is only one of those “hypermarket sets”, with a flimsy plastic shuttlecock that ends up in the bottlebrush tree if there’s the slightest gust of southeaster.

But we’ve got in some quite solid rallies, preferring more of a football keepy-uppy sort of principle to smashing attempted winners (which is largely futile when you don’t have any lines on the “court”).

I’d be prepared to give that pursuit a solid, er, 4.5 out of 10 for entertainment/stimulation value – comfortably seeing off all of garden cycling, jogging and mini-trampolining, even if lumped together.

Yes, it IS nice to get beyond the electronic gate now; thank you Tannie Nkosazana and Oom Bheki.
Well, at least a slightly qualified thanks.

*Here’s a snap poll in alphabetical order of some of my Sport24 colleagues and their own exercise regimes during lockdown thus far (some either more diligent than others, or just extremely good fibbers):

Baden Gillion: “I’ve been doing YouTube home workouts every day. They include high-intensity interval training (HIIT) and ab workouts ... it helps to keep me busy.”

Craig Taylor: “Sadly my exercise regime wasn’t great outside of lockdown and is even poorer now …”

Garrin Lambley: “I ‘ran’ once in 35 days - and 2km at that! Otherwise, walks to the end of the driveway with dogs, and gold medal in the eating Olympics.”

Herman Mostert: “My home exercise has entailed sprints in the backyard, followed by step-ups on the staircase, before hitting the stationary exercise bike.”

Lloyd Burnard: “Exercise? It’s not been high on my list of priorities, to be honest. I’ve tried my hand at yoga … but realised quickly it wasn’t for me. I've been working on my putting on the carpet! Missing the Bergvliet CC nets, too.”

Lynn Butler: “I’m no fitness freak ... but I have this app on my phone called Workout for Women. It’s really cool: loads of different workouts to target certain areas and you can choose your difficulty. Some exercises are four minutes, others getting up to 30; I usually go for a 10-minute one. I love to walk and hike, so this helps a lot.”

Tashreeq Vardien: “I’ve been alternating between a five- or six-day workout routine which includes 10-minute light warm-up of skipping, running on the spot and jumping jacks. That’s followed by a 20-minute deep stretch. I would then do a HIIT routine for 30 minutes and end with mobility movements to keep my joints alive and awake. Lucky to have a bench and a few weights, so that helps a bit. With Ramadan, I have eased on the training and just focused on my stretching. I’m thinking of waking before sunrise to get in a quick fix ... but having trouble getting out of bed!”

We live in a world where facts and fiction get blurred
In times of uncertainty you need journalism you can trust. For only R75 per month, you have access to a world of in-depth analyses, investigative journalism, top opinions and a range of features. Journalism strengthens democracy. Invest in the future today.
Subscribe to News24
Related Links
Spieth denied ace because of Covid-19 safety measures
SAFA: Football can resume at Level 1 lockdown
HAVE A READ | Today's top 10 Sport24 articles
Next on Sport24
Cycle Tour: Eish … you’re never too old to learn