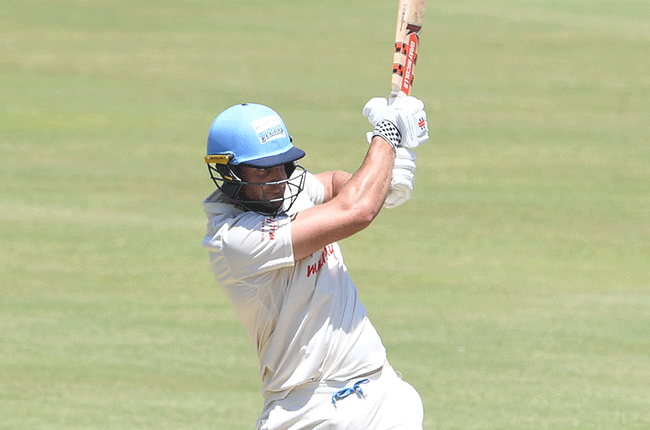 A composed century by Theunis de Bruyn together with a defiant unbeaten 41 from Junior Dala paved the way for the Titans to complete a thrilling two-wicket win over the Cape Cobras on the final day of their 4-Day Domestic Series opener in Cape Town on Thursday.

Chasing a tricky 316 for victory, the visitors began the final day well-placed at 195 for three, but the loss of some early wickets tilted the balance in favour of the hosts.

Proteas batsman De Bruyn carried their hopes with his 14th career first-class century, though, as he went on to record an excellent 127 (204 balls, 13 fours, 1 six).

But he fell when 29 were still needed, setting up a nervous finish for the Titans, who eventually squeezed over the line thanks to Dala’s fighting 85-ball vigil, which included six boundaries.

The result completed a fine comeback for Mandla Mashimbyi's side, who were well behind the game when they were bowled out for 150 in the first innings at Newlands.

But they stormed back well in the second innings, that had begun well on day three of the 2020/21 season opener thanks to Dean Elgar, who followed his ton in the first innings with 58, as well as 48 by Aiden Markram.

That had given them a century start and De Bruyn built well on that on the final morning, despite wickets falling around him.

Three were lost relatively early in the day when Sibonelo Makhanya (4), Grant Thomson (4) and Diego Rosier (1) fell for the addition of 38 runs.

George Linde (4/123) claimed two of those wickets as he ended with nine wickets in the match.

At that stage, though, it left the Titans on 233 for six, but a stand key partnership of 54 between De Bruyn and Dala raised hopes, before the former was held by Zubayr Hamza off David Schierhout (1/33).

But Dala plugged away, and despite the late loss of Lizaad Williams (8) to Ziyaad Abrahams (3/50), the Titans got home at the end of an extended morning session.

We live in a world where facts and fiction get blurred
In times of uncertainty you need journalism you can trust. For only R75 per month, you have access to a world of in-depth analyses, investigative journalism, top opinions and a range of features. Journalism strengthens democracy. Invest in the future today.
Subscribe to News24
Related Links
Aiden Markram wants his bat to do the talking as he looks to reclaim Proteas spot
Budaza wraps up Warriors tail as Donald's Knights seal opening win
Australia's T20 Big Bash delayed, more venues to be used
Next on Sport24
Will revamped domestic cricket system find a place and success under new Covid-19 normal?