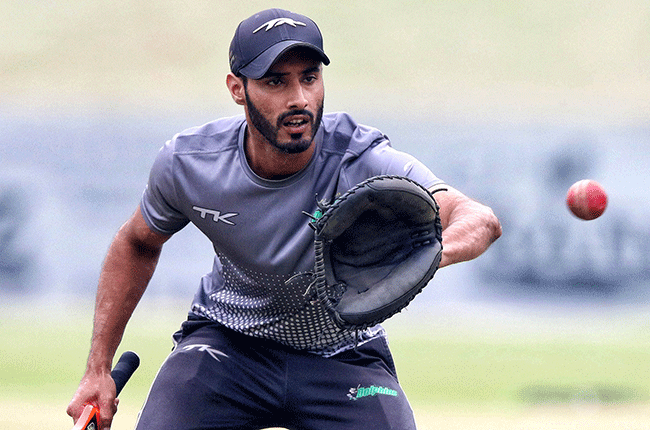 The Lions and Dolphins will renew their recent rivalry when they lock horns in the red-ball format as the 4-Day Franchise Series returns for the final run-in to the 2020/21 season on Sunday.

The two teams, fresh from meeting in the T20 Challenge final in Durban last weekend, go head-to-head in Johannesburg.

The hosts won the 20-over battle and will be looking to build on the confidence gained from that clash as they try to chase down Pool A leaders the VKB Knights.

Prior to that clash on the east coast, the Lions and Dolphins also shared the Momentum One-Day Cup trophy - a competition heavily affected by rain in Potchefstroom.

“We’re really looking forward to the four-day competition now especially after the success we enjoyed in the last two competitions,” home coach Wandile Gwavu said. “We can take a lot of confidence from that.

“We still believe we can qualify of the final for this competition, but to do that we have to win the first game and that is basically where all our focus is at the moment.”

Both the Lions (76.42) and the Dolphins (64.80) will know that a result at the Wanderers Stadium is critical to their prospects of overhauling the Central Franchise, who lead the section with 87.94 points.

“We’ll need to win both games and that is the target for us as the Lions,” Gwavu conceded. “I know we might need a favour from one of the other sides, but from our end we have to try and get as many points as possible from the two matches we have remaining. We have to take care of our business and not worry about the other side of things.”

Following their trophy double already in 2020/21, the coach added that confidence was oozing within his squad.

“It’s immense confidence that we take from that (the twin titles) and we’ll definitely be drawing a lot of inspiration from what happened in Durban and in Potch as well,” he beamed. “I know this is a different format, but everyone is buzzing at the moment and cannot wait to step into the four-day arena.”

Dolphins coach Imraan Khan meanwhile, admits that the T20 competition did not end as they expected it to, but insisted the KwaZulu-Natal side had now put it behind them.

“It obviously didn’t end the way we wanted it to,” he said. “But we’ve put that behind us now and are just excited about these two games, two massive ones for us and for most of the teams as well. Hopefully we can put a good performance in.”

Khan also reiterated that the focus for the next two weeks had to be solely on their own game, rather than being worried about the teams around them in the race for the final.

“I don’t think we can put too much of emphasis on the Knights and where they are at,” he added.

“We’ve got to take care of our processes. It’s going to be a tough encounter because the Lions are always a competitive unit.

“We’re going to have to play a good game of cricket over the four days and if we execute well, we’ll hopefully be on the right side of the result.”

We live in a world where facts and fiction get blurred
In times of uncertainty you need journalism you can trust. For only R75 per month, you have access to a world of in-depth analyses, investigative journalism, top opinions and a range of features. Journalism strengthens democracy. Invest in the future today.
Subscribe to News24
Related Links
New Proteas captain Dean Elgar not fazed by leadership challenge
Rishabh Pant's defiant ton puts India on top in 4th Test vs England
Bavuma on Proteas limited overs captaincy: 'It's not something I thought was realistic'
Next on Sport24
SA cricket stats dive: Move over speedsters, spin reigns supreme