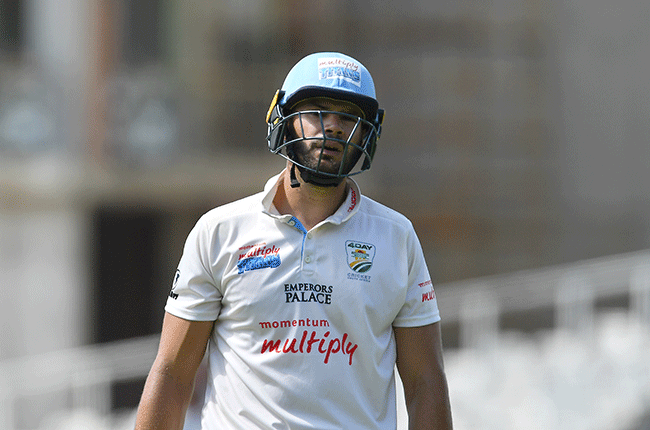 A recap of Day 3 action in the latest matches in the South African 4-Day Franchise series:

Third ton in a row for Markram

Aiden Markram scored his third ton in as many innings on day three of the Titans' 4-Day Domestic clash against the Cape Cobras on Wednesday.

The pair were supported by Bongumusa Makhanya (55) while Calvin Savage was the pick of the Cobras' bowlers, ending with figures of 5/77 in 22.4 overs.

The Cobras were 33/0 at stumps, a lead of four runs going into the final day.

Cobras lead by 4 runs with 10 wickets in hand

Daryn Dupavillon finished with 11 wickets in the match as the Dolphins surged to the top of their 4-Day Franchise Series pool with a five-wicket win over the Knights midway through day three in Durban on Wednesday.

The Proteas fast bowler grabbed four for 66 to go with his seven for 38 in the first innings as 13 wickets went down in the 47.4 overs that were bowled on what turned out to be the final day at Kingsmead Stadium.

It meant that Dupavillon ended with a career-best 11 for 104 – the second 10-for of his first-class career and the best bowling by a paceman in the history of the fixture.

His exploits, together with those of Senuran Muthusamy (3/45), completely blew the Knights away and undid all the hard work that had been done the previous day.

In what was a low-scoring affair on the east coast, the Central Franchise had been blown away for 116 in their first innings, with the home side then replying with 253.

However, Allan Donald’s side clawed their way back on day two reaching stumps on 150 for two and with a 13-run lead.

But they failed to build on that, losing their remaining eight wickets for just 57.

Dupavillon started the slide by removing nightwatchman Migael Pretorius for eight, before Prenelan Subrayen cleaned up Patrick Botha for six.

Top-scorer Matthew Kleinveldt was run out by Khaya Zondo for 77 (191 balls, 12 fours) and Dupavillon cleaned up Grant Mokoena (3) as well as Wandile Makwetu (19).

Another Proteas player, Muthusamy then ran through the tail, with Farhaan Behardien (18) last man out to the star fast bowler.

That left the Dolphins needing to chase a target of 77 and they made heavy of it, before Keegan Petersen’s unbeaten 28 took them over the line at 78 for five.

Shaun von Berg was their nemesis with three for 12, but ultimately a lack of runs proved to be the downfall of the visitors as they suffered a second successive loss.

Lions in control in clash with Warriors

The Lions will need five wickets on the final day of their 4-Day Franchise Series clash with the Warriors at Saint Georges Park to win a match that they've dominated from the start.

That left the Warriors with a massive 513 to win and by the close of play, they were 219/5 after losing top scorer Mohammad Vallie (85) while Rudi Second (79) remained undefeated and their last hope.

We live in a world where facts and fiction get blurred
In times of uncertainty you need journalism you can trust. For only R75 per month, you have access to a world of in-depth analyses, investigative journalism, top opinions and a range of features. Journalism strengthens democracy. Invest in the future today.
Subscribe to News24
Related Links
England's Malan reaches highest rating in T20 history
India hold on for tense final ODI win over Australia
Proteas v England ... were there any positives to take?
Next on Sport24
WRAP | 4-Day Franchise Series: Markram eyes another ton for Titans