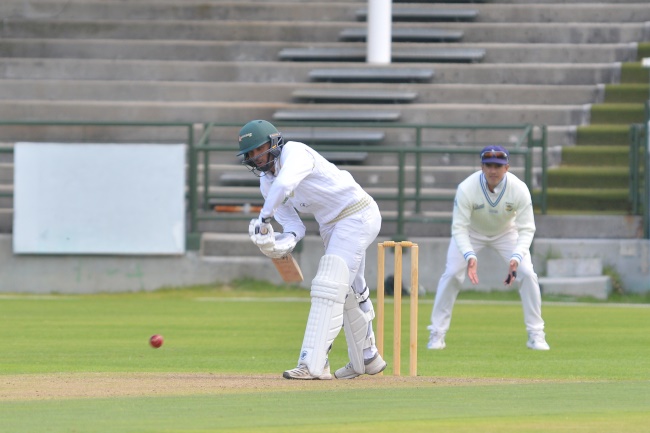 The Warriors squad for the upcoming 4-Day Franchise Series has been named with Yaseen Vallie set to captain a side that includes the likes of Rudi Second, Anrich Nortje, Jon Jon Smuts and Glenton Stuurman.

Vallie takes over from Smuts whose Proteas involvement was part of the reason behind a captaincy change said Warriors coach, Robbie Peterson.

“The appointment of Yaseen as captain brings stability to the squad,” says coach Robbie Peterson.

“While Jon-Jon Smuts has done a great job as captain over the past few years, he is now involved with cricket at a national level and is not always available to head up the team.

“Yaseen has proven his leadership skills during his time with the squad, and we believe he is now ready to captain a winning team,” says Peterson.

Vallie, a right-handed middle order batsman and occasional off-spinner believes he is ready for the challenge.

“I feel it is the right time and I am ready to take on the new challenge,” adds Vallie.

“We have been training hard as a team. I feel we have done all the hard yards, and are ready for the season,” he says.

Vallie started playing indoor cricket when he was eight years old, and moved on to the hard ball game a year later.

On his franchise debut, he scored 150.

We live in a world where facts and fiction get blurred
In times of uncertainty you need journalism you can trust. For 14 free days, you can have access to a world of in-depth analyses, investigative journalism, top opinions and a range of features. Journalism strengthens democracy. Invest in the future today. Thereafter you will be billed R75 per month. You can cancel anytime and if you cancel within 14 days you won't be billed.
Subscribe to News24
Related Links
CSA confirms Proteas' festive season fixtures, New Year's Test leaves Cape Town
Easterns president Peter Vonya resigns at acrimonious meeting: 'We’ve lost the plot in cricket'
Five wins in a row put Punjab back into IPL race
Next on Sport24
Big match De Bruyn proves his worth as Titans rise when it matters