Cape Town - Lauren Agenbag wrote a new chapter in Cricket South Africa's (CSA) drive for gender equality this past week when she became the first female umpire to stand in a men's first-class match in South Africa.

She was recently appointed to CSA's Reserve List umpiring panel and has also officiated in Women's T20 International matches.

"She has shown that there is no limit to what can be achieved with the required dedication and determination to live one's personal dreams.

"I am sure she will inspire others to follow the path she has set."

We live in a world where facts and fiction get blurred
In times of uncertainty you need journalism you can trust. For only R75 per month, you have access to a world of in-depth analyses, investigative journalism, top opinions and a range of features. Journalism strengthens democracy. Invest in the future today.
Subscribe to News24
Related Links
Eddie turns to cricket to find edge against All Blacks
Warne: Gayle, Malinga 'priced wrong' in The Hundred draft
Skipper Faf committed to struggling Proteas' transition
Next on Sport24
Archer claims Warner for 6th time, but Hyderabad win IPL clash 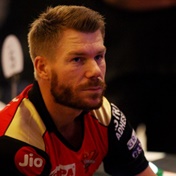