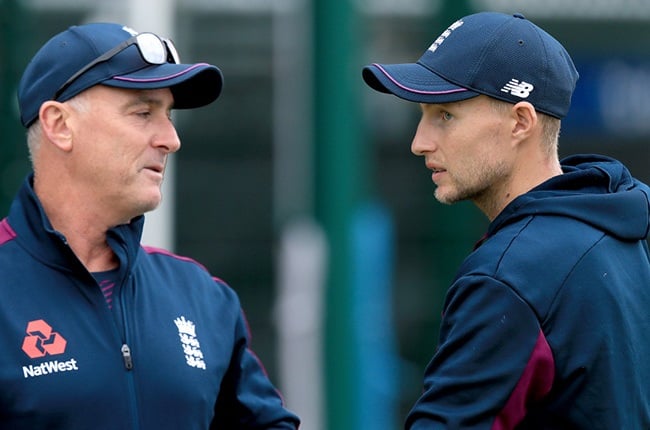 Australia wrapped up the Ashes 4-0 on Sunday with a 146-run win over England in the fifth and final Test at Hobart to underline their dominance.

AFP Sport highlights five areas that England must urgently improve before they travel to the West Indies for a three-Test series in March.

England's rotation policy to protect player welfare has come under fire over the past year with skipper Joe Root rarely able to field his strongest XI.

But never was it more ridiculed than at the first Test at Brisbane on an uncharacteristically green Gabba wicket.

England somehow managed to omit their two greatest seam bowlers, Jimmy Anderson and Stuart Broad, in conditions that could not have suited them better.

Instead they picked left-arm spinner Jack Leach, who was smashed out of the attack.

The implication was that the veteran pair had been held back for the seamer-friendly pink-ball second Test.

But by then England were 1-0 down and the Adelaide track turned out to be flatter than anticipated, with the night sessions holding few terrors as the pink ball resolutely refused to misbehave under lights.

The express Mark Wood and tweaker Leach were left out meaning there was no variety in a homogenous five-man bowling attack of right-arm medium-pacers -- Anderson, Broad, Ollie Robinson, Chris Woakes and Ben Stokes.

England were reduced to the sorry sight of seamer Robinson having to bowl offspin, with part-time spinners Root and Dawid Malan also turning their arms over as they were hammered by 275 runs.

It was not until the Ashes were gone that an Englishman, Jonny Bairstow, scored a century with the tourists failing to pass 300 in any innings.

Too many batsmen at the top of the order managed to get themselves out to reckless strokes at the wrong time as confidence ebbed away.

Root scored 1,708 runs in 2021, the third highest in a calendar year in history, but too often he stood alone in offering serious resistance to the Australian bowlers. He was never going to win the Ashes on his own.

The tone was set from the first ball of the series when Rory Burns was bowled behind his legs by Mitchell Starc.

There were few partnerships of note and when they did occur they were followed by a batting collapse.

There is no doubting Root's talent with the bat, but maybe it is time to relieve him of the burden of captaincy, where too often he has been found wanting despite a record number of games in charge.

Winning the toss and batting on a green top in Brisbane -- against three of the finest fast bowlers in world cricket in Starc, Josh Hazlewood and Pat Cummins -- was his first bad call of many.

He too often employed defensive tactics to save runs, then invited scorn by saying his bowlers needed to be "braver" in Adelaide, when they were not given the field placings that would enable them to keep pressure on the Australian top and middle order.

The problem for England is the only candidate to take over, the inspirational Ben Stokes, has said he does not want the job.

The ugly dismissal of Burns first ball of the series was typical of England's failure to do the basics right as he missed a half-volley with legs and arms in disarray.

Stokes and Robinson took wickets off no-balls and fielding was consistently sloppy, with multiple shelled chances among the close catchers and several run-out opportunities missed.

Bowlers consistently failed to find the right length, with very few balls directed full enough to hit the stumps on bouncier Australian pitches, particularly in the first three Tests that decided the series.

Some players flew in direct from the T20 World Cup and their Test performances suggested they were still in white-ball mode.

Australia's Test squad, by contrast, had multiple chances to play tough red-ball cricket for their state teams in the domestic Sheffield Shield tournament, and it showed in their domination.

Even England's battling draw in Sydney was only made possible because of time lost to the weather, and was far too little, too late.

We live in a world where facts and fiction get blurred
In times of uncertainty you need journalism you can trust. For 14 free days, you can have access to a world of in-depth analyses, investigative journalism, top opinions and a range of features. Journalism strengthens democracy. Invest in the future today. Thereafter you will be billed R75 per month. You can cancel anytime and if you cancel within 14 days you won't be billed.
Subscribe to News24
Next on Sport24
Australian bowlers destroy England again to win Ashes 4-0