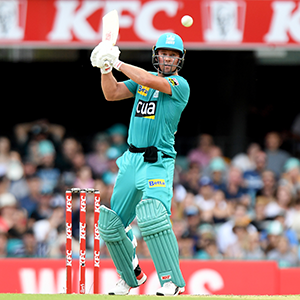 Legendary former Australian captain Michael Clarke has listed the seven best batsmen he played with or against.

Speaking of De Villiers, Clarke said: "I'm hoping he comes back and plays for South Africa again. Superstar. Can bat anywhere in the order. Dominates T20 cricket. He can score runs anywhere around the ground."

As quoted on the Nine.com.au website, Clarke described Kallis as "the greatest all-rounder that I played against".

"The impact he had against Australia - the way he was able score runs against our attack was extraordinary."

We live in a world where facts and fiction get blurred
In times of uncertainty you need journalism you can trust. For only R75 per month, you have access to a world of in-depth analyses, investigative journalism, top opinions and a range of features. Journalism strengthens democracy. Invest in the future today.
Subscribe to News24
Related Links
Coronavirus | Surrey terminate contract of Aussie speedster
Coronavirus prevents play at Trump-opened world's biggest cricket stadium
Buttler's World Cup final shirt raises £65 000 for hospital appeal
Next on Sport24
Faf admits Yasir Shah, reverse swing will be a problem