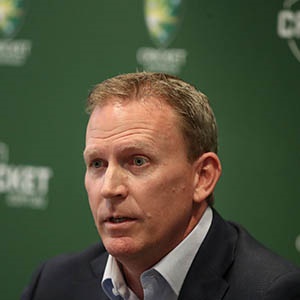 Cricket Australia (CA) is aiming to hold the men's Twenty20 World Cup as scheduled this year despite the escalating coronavirus pandemic, but admitted the situation is fluid.

The tournament is due to get underway in October at seven venues across the country with the West Indies defending their title.

Despite the rest of this year's Australian cricket season being cancelled this week due to spiralling virus fears, plans for the World Cup remain unchanged.

"We're really hoping that all forms of sport can be played again in a few weeks' or a few months' time," CA chief Kevin Roberts said late on Tuesday.

"None of us are experts in this situation obviously, so our hope is that we're back in very much normal circumstances come October and November when the men's T20 World Cup is to be played.

"And at this stage we're planning on November 15, to have a full house at the MCG (for the final) to inspire the world through men's cricket as the women's cricketers did here just last week," he added.

Australia swept to their fifth women's T20 World Cup title on 8 March, crushing India by 85 runs in front of more than 86 000 fans at the Melbourne Cricket Ground.

Since then, a host of sports in Australia have cancelled or suspended their activities with the government banning outdoor gatherings of more than 500 people and indoor groups of more than 100.

Australia has reported more than 500 confirmed cases of coronavirus, with the increase in infections accelerating daily. There have been six deaths and airline Qantas on Thursday announced it would halt all international flights later this month.

In addition to the World Cup, Australia is due to host India and Afghanistan for Test series this year with Roberts telling cricket.com.au he hoped to announce the 2020-2021 season schedule next month as planned.

But he said emergency planning for Covid-19 was the higher priority.

"We're moving now from management of the onset of coronavirus as a critical incident, to how do we guarantee the continuity of our business and our organisation beyond that," he said.