Bayliss: We decided to take the attack to them

London - England coach Trevor Bayliss has reiterated his belief that positivity and aggression was the key factors as his team whitewashed Sri Lanka in the three-match Test series.

The tourists won the final Test by 42 runs in Colombo which followed a 211-run success in Galle and a 57-run victory in Kandy as England achieved their first series whitewash in the longest format for 55 years.

A trait that the visitors displayed throughout the all the games was the aggressive nature with which they played the Sri Lanka spinners on turning surfaces.

Bayliss of course knows conditions well having coached Sri Lanka for four years between 2007 to 2011.

Speaking to Sky Sports, Bayliss said: "In the past, teams have come here and decided to bunker down, wait for the bad ball and bat for a long time.

"But quite simply, with the spin over here, eventually there's going to be a ball with your name on it, so we decided to take the attack to them.

"Don't let them dictate to us, we wanted to dictate to them. We thought it was the way to go, and certainly panned out that way in the first two games.

"We said after that first day in Galle [when England went to lunch on 113 for 5], that first session we were a bit frenetic.

"There's a fine line between being busy and looking to score, being mentally positive, and going over the top and trying to hit good balls for runs. You still have to defend well and hit the bad ball for four.

"With that mental approach, if you are in the right frame of mind, your feet move well and you make good decisions."

England will now turn their attention to the tour of the West Indies which starts in January next year. 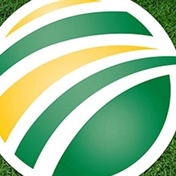