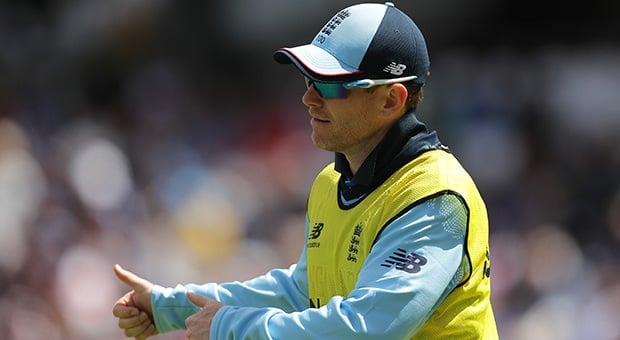 Cape Town - England captain Eoin Morgan won the toss and decided to bat first against Afghanistan at Old Trafford on Tuesday after being passed fit to play in the World Cup pool match.

Morgan was given the all-clear after suffering a back spasm that meant he was unable to bat in the tournament hosts' eight-wicket win over the West Indies in Southampton on Friday.

World Cup favourites England made two changes from that side, with James Vince replacing Jason Roy after the in-form opener was ruled out with a hamstring tear that could sideline him for at least two pool fixtures.

And with Tuesday's match being played on a used pitch that should aid turn, England decided to drop paceman Liam Plunkett, who was reportedly unwell on Monday, and recall off-spinner Moeen Ali.

"The wicket looks really good," said Morgan. "It doesn't look a great deal used -- everyone at Old Trafford has done a magnificent job to get it ready.

"It played well the other day (when India beat Pakistan) -- plenty of carry for the seamers and a hint of turn for the spinners."

Rank outsiders Afghanistan made three changes from the side that lost to South Africa by nine wickets.

England, bidding to win the World Cup for the first time, are currently fourth in the 10-team table with only the top four at the end of the 10-team round-robin stage qualifying for the semi-finals.

Afghanistan are bottom of the standings, with four defeats in four matches.

We live in a world where facts and fiction get blurred
In times of uncertainty you need journalism you can trust. For only R75 per month, you have access to a world of in-depth analyses, investigative journalism, top opinions and a range of features. Journalism strengthens democracy. Invest in the future today.
Subscribe to News24
Related Links
'Desperate' Proteas owe fans back home a performance
Holder glum after West Indies' World Cup woe
Proteas: 20-year anniversary of THAT heartbreaking run out
Next on Sport24
Petition to have 2019 CWC shared rejected