Petition to have 2019 CWC shared rejected 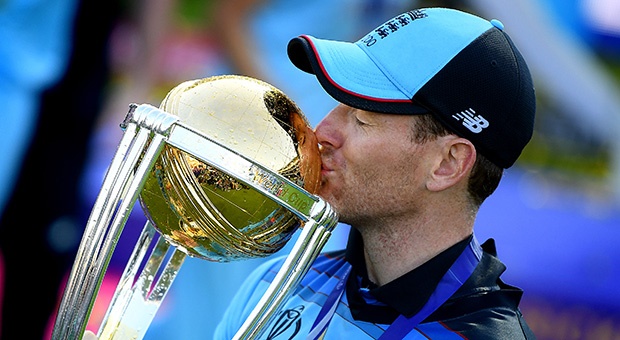 Cape Town - A petition to have New Zealand and England share the 2019 Cricket World Cup trophy has been rejected.

In what was the most remarkable final in World Cup history and probably the most unbelievable cricket match of all time, England were crowned world champions at Lord's back on July 14 when the beat the Black Caps by virtue of having scored more boundaries during the match.

With the scores tied, the sides went into a Super Over to determine the winner but when that also ended in a tie, England were awarded the trophy in the most bizarre circumstances.

It was a day where nothing went right for New Zealand, who saw a routine throw from the boundary deflect off the bat of Ben Stokes and trickle to the fence for four bonus runs to England at a crucial stage.

That moment resulted in six runs for England, and it was revealed after the match that they should only have been awarded five because the batsmen had not crossed while running their second run when the ball was released.

"ECB (England Cricket Board) wants to inspire the next generation. By announcing New Zealand as joint winners nothing will be taken away from England's achievements. Instead it will set an example which will be talked for centuries," the petition had stated, according to the Stuff website.

On Wednesday, however, the UK Government and Parliament website explained that the petition had been rejected and that England would stay world champions.

We live in a world where facts and fiction get blurred
In times of uncertainty you need journalism you can trust. For only R75 per month, you have access to a world of in-depth analyses, investigative journalism, top opinions and a range of features. Journalism strengthens democracy. Invest in the future today.
Subscribe to News24
Related Links
England bat against Ireland in one-off Test
Bangladesh name extra bowler to beat heat in Sri Lanka
Dolphins top job 'a dream come true' for Khan
Next on Sport24
Anderson: It's time to re-focus on Test cricket