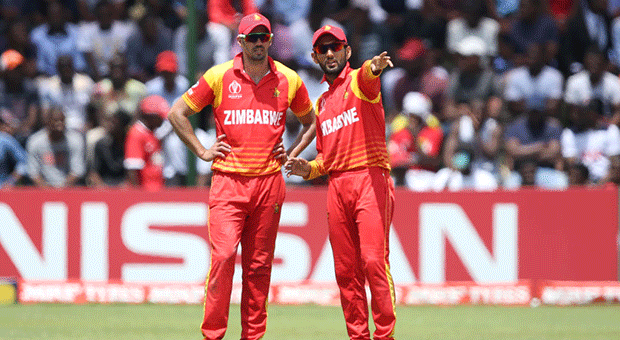 London - International cricket chiefs on Thursday suspended Zimbabwe over a failure to keep the sport free from government interference, throwing into doubt their participation in qualifiers for the T20 World Cup.

The decision means International Cricket Council funding to Zimbabwe Cricket will be frozen and representative teams from the country will not be allowed to participate in any ICC events.

The punishment comes after the Zimbabwe Cricket Board was suspended by the government last month and replaced with an interim committee.

"The ICC has directed that the elected Zimbabwe Cricket Board be reinstated to office within three months, and progress in this respect will be considered again at the October board meeting," the ICC said in a statement.

"The ICC board heard from both the sports and recreation committee representatives of the Zimbabwe government and Zimbabwe Cricket before making their decision."

ICC chairperson Shashank Manohar said: "We do not take the decision to suspend a member lightly but we must keep our sport free from political interference.

"What has happened in Zimbabwe is a serious breach of the ICC constitution and we cannot allow it to continue unchecked.

"The ICC wants cricket to continue in Zimbabwe in accordance with the ICC constitution."

Zimbabwe were due to compete in the men's World T20 qualifiers in October and November and the women's qualifiers starting in late August but their participation is now unclear.

Political turmoil within the sport and a string of humiliating performances led Zimbabwe to suspend their involvement in Test cricket in 2005 although they continued to play one-day internationals and Twenty20 (T20) internationals at the highest level.

They returned to Test cricket in 2011 but are languishing in 10th place in the rankings.

They are 12th in the one-day international rankings and did not take part in the just-concluded World Cup in England and Wales.

At the same meeting in London, the ICC also approved the introduction of concussion replacements, effective from the first Ashes Test starting on August 1, following successful trials in domestic cricket.

And the ICC agreed that captains would no longer be suspended for repeated or serious over-rate breaches.

All players will be held equally responsible for slow over rates, and as such will be fined at the same level as the captain.

In World Test Championship matches a team that is behind the required over rate at the end of a match will have points deducted.

We live in a world where facts and fiction get blurred
In times of uncertainty you need journalism you can trust. For only R75 per month, you have access to a world of in-depth analyses, investigative journalism, top opinions and a range of features. Journalism strengthens democracy. Invest in the future today.
Subscribe to News24
Related Links
CWC shoved SA cricket deeper into margins
Curran says CWC win will inspire England Ashes team
CSA leadership set to discuss Gibson's future
Next on Sport24
Petition to have 2019 CWC shared rejected