David Warner's manager makes shock new claim about Sandpaper-gate: 'They were told to do it' 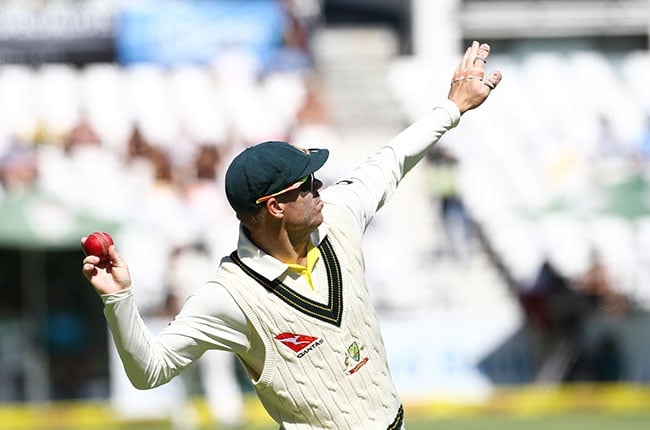 The incident involved an attempt by Australia to illegally alter the surface of the ball with sandpaper to gain an advantage against South African batsmen during a Test match in Cape Town, which was caught on camera.

Warner was cast as the key villain in the scandal - dubbed "Sandpaper-gate" - having conspired with then-skipper Steve Smith and Cameron Bancroft.

Like Warner, Smith was banned from playing for a year and from captaining Australia, but his punishment lasted two years while Warner's was indefinite.

"When the truth comes out, everybody is going to turn around and say, 'Well, why was David Warner picked upon?'," his manager James Erskine told sports broadcaster SEN, a day after the opener dropped his bid to have the lifetime leadership ban lifted.

"The truth will come out, let me tell you."

Erskine said it was naive to think more people did not know what was going on.

In the interview, he referenced an incident after a 2016 Test match in Hobart that Australia lost heavily to South Africa, suggesting it laid the foundations for what happened two years later in Cape Town.

"Two senior executives were in the changing room in Hobart and basically were berating the team for losing... and Warner said 'we've got to reverse-swing the ball'.

"'The only way we can reverse-swing the ball is by tampering with it.'"

"And they were told to do it," Erskine claimed, without naming the officials or saying where they were from.

According to Sydney's Daily Telegraph, an unknown official who was also in the room said the team was told: "You're paid to win not just to play."

But the official insisted that there was no suggestion to cheat.

"There just wasn't," they told the newspaper. "No one would ever advocate cheating."

Warner withdrew his bid to overturn his lifetime captaincy ban on Wednesday, claiming a review panel wanted to subject him to "a public lynching".

Cricket Australia last month amended its player code of conduct, paving the way for Warner to request a review before an independent panel.

We live in a world where facts and fiction get blurred
In times of uncertainty you need journalism you can trust. For 14 free days, you can have access to a world of in-depth analyses, investigative journalism, top opinions and a range of features. Journalism strengthens democracy. Invest in the future today. Thereafter you will be billed R75 per month. You can cancel anytime and if you cancel within 14 days you won't be billed.
Subscribe to News24
Next on Sport
LIVE | SA20 - Joburg Super Kings v Paarl Royals