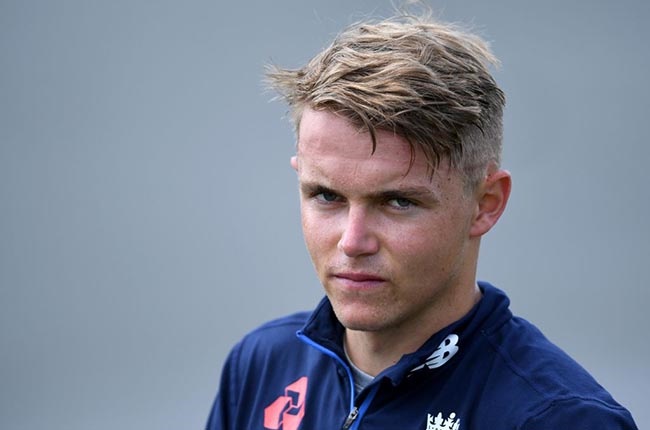 England's final preparations for the long-awaited return of Test cricket were boosted on and off the field on Friday, with Sam Curran testing negative for Covid-19 and a handful of key batsmen spending important time at the crease.

Curran's all-clear was perhaps the most important development of the day, removing the need for a fresh examination of the much-discussed 'bio-secure bubble' at the Ageas Bowl ahead of Wednesday's #raisethebat series opener against the West Indies.

The all-rounder emerged from self-isolation in his hotel room to take in the final session of a drawn internal clash between Team Stokes and Team Buttler, during which five of England's likeliest top six enjoyed valuable workouts.

The game finished with Ben Stokes' side 157 for four in a nominal chase of 255 - the final equation having only been set up by Jos Buttler's second declaration.

Now it is over to the selectors to fill in the blanks, with a 22-man squad due to be named on Saturday morning, cutting eight names from the original training group of 30.

As many as seven of those could be listed as reserves, living and training on-site in Southampton but largely in support of a core group.

Ollie Pope was the day's top-scorer, pleasingly into fully fluent mode with a rapid 55 not out, while openers Rory Burns and Dom Sibley, Zak Crawley and Stokes himself each passed 30 to bank useful middle practice before the real thing.

Joe Denly conspicuously failed to join them among the runs, lbw second ball to Jack Leach, but the belated appearance of Dan Lawrence at number seven suggests his place is safe for now.

There was greater clarity on the spinning position too, with Dom Bess' status as the man in possession only underlined by expensive spells from Leach and Moeen Ali. The pair did share five wickets for Team Stokes but three of those came from the care-free pursuit of declaration runs and both were far too expensive.

Leg-spinner Matt Parkinson picked up the wickets of Jonny Bairstow and Sibley in the concluding session, only for Stokes to cool his momentum by launching him for 22 in a over.

The day began with Mark Wood taking on the role of the absent Barmy Army, waving a flag on top of the pavilion as he sang his team-mates to the field with a burst of 'Jerusalem'. That proved a rare break to the silence England have found so unusual this week, with some suggestion that artificial noise could be piped into the venue for the Test match.

Resuming 54 ahead of Stokes' side, Team Buttler's opening pair of Burns and James Bracey put on care-free stand of 61 in the morning.

Bracey, whose day one 85 proved the top score of the match, was first down for 22, top-edging Stokes to fine leg, before Leach trapped new man Denly clean in front for one. That was a rare victory for Leach, who leaked five sixes and looked short of rhythm.

Moeen was also loose but had the satisfaction of bowling Burns on the back foot for 35 before lunch. Runs flowed freely in the afternoon, Pope scoring with consummate freedom as he shared 50-run stands with Buttler (35) and Chris Woakes (37), who were both caught in the deep.

Lawrence's demotion down the order, and ultimate demise for six, concluded the innings at 200 for four.

Bairstow was invited to open alongside Sibley for the fourth innings, suggesting a place in the 22 awaits him, and the pair added 70.

Parkinson accounted for both, caught at cover and stumped respectively, but three huge sixes and a reverse sweep for four in a solitary over off the bat of Stokes proved the end of his stint.

The soon-to-be Test captain finished unbeaten on 37 from just 17 deliveries, while Crawley chimed in with a bright 34 before falling lbw to Wood. Bess ushered in the early finish when he dismissed Moeen for six, underlining his new status as the man in possession of the slow bowling berth.

We live in a world where facts and fiction get blurred
In times of uncertainty you need journalism you can trust. For 14 free days, you can have access to a world of in-depth analyses, investigative journalism, top opinions and a range of features. Journalism strengthens democracy. Invest in the future today. Thereafter you will be billed R75 per month. You can cancel anytime and if you cancel within 14 days you won't be billed.
Subscribe to News24
Related Links
Pope confident England will maintain Test match intensity without fans
Australian cricketers reach compromise on pay row
Jonathan Bird wins top award at CSA Amateur Awards
Next on Sport24
Bangladesh top order stumbles after Mathews, Chandimal hit tons