Spare a thought for Farhaan Behardien, that stalwart servant of South African cricket, as he awaits some sense of rhythm in his unavoidably hasty stint with Durham in England’s Twenty20 domestic competition.

Though not alone among compatriots in the predicament, it can be a fairly thankless task to hit the ground running in the shortest of the three major formats - allowing so little opportunity to “play yourself in” - and more especially after a months-long absence from competitive cricket.

But the veteran, resourceful middle-order batsman and occasional medium-pacer finally made it to the north-eastern county after lockdown-related snags recently ... and jumped straight into their campaign in the late-summer Vitality Blast T20 tournament.

The 36-year-old “Fudge”, a 97-cap former Proteas white-ball representative, was initially intended, along with co-South African David Bedingham, to play for Durham on an all-formats basis in 2020 after agreeing terms in January - before the Covid-19 storm struck in its most pronounced way.

Instead the UK season had a severely delayed start, and Behardien only arrived at the end of August to get involved a couple of rounds after the start of the Blast; former Cape Cobras batsman Bedingham had the luxury, by contrast, of five four-day matches (253 runs at 31.62) beforehand in the Bob Willis Trophy.

Behardien had not played any serious cricket since his swansong appearance for the Titans, the franchise he had served so splendidly since 2007, back on 15 March.

So it was always going to be a tall order to hit the ground running at T20 level ... a situation only aggravated by his first scheduled appearance a fortnight ago being a no-result against Derbyshire without a ball bowled.

He then duly made his debut against Yorkshire at home ground Chester-le-Street, notching 11 from the No 5 berth as he took guard with fewer than nine overs left in an unsuccessful chase of 199 to win.

Durham then got to play their return fixture against Derbyshire in the North Group, but neither he or Bedingham got to the crease as they amassed a formidable 223 for two, having batted first in an eventual 55-run victory.

In his last outing against Leicestershire on Sunday - the county he represented for a spell in 2016 - Behardien chipped in with 17 off 19 balls as his side earned a comfortable five-wicket triumph.

He will clearly be anxious for a beneficial, lengthier opportunity with the blade when Durham tackle Yorkshire at Headingley later on Wednesday ... 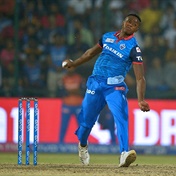