Google Friday removed one of India's biggest digital payment apps from its online store for breaching gambling rules, a day before the start of the lucrative Indian Premier League (IPL) cricket tournament.

The IPL, the world's wealthiest national league, has previously been plagued by controversies with corruption and match-fixing cases often taking centre-stage.

Betting is illegal in India but the countdown to the 53-day IPL starting Saturday has seen a profusion of online ads for fantasy sports sites, which are allowed in many parts of the country.

"Today afternoon, we received communication from Google that they are suspending our app because they believe this to be a violation of their Play Store policies on gambling," the company said.

"The Paytm Android app has thus been unlisted from Google's Play Store and is temporarily unavailable to users for new downloads or updates," it added.

But Android users who downloaded the app earlier can still use it for transactions.

Earlier on Friday, Google in a statement said it would not permit any apps in its store that facilitate sports betting or lead "consumers to external websites that allowed them to participate in paid tournaments to win real money or cash prizes".

The Silicon Valley giant did not mention Paytm in the statement.

Cricket has become a key battleground in the fight against spot-fixing - illegal bets on a certain part of the action, such as how many runs are scored in an over.

The IPL, which is being held in the United Arab Emirates behind closed doors because of the coronavirus pandemic, was hit by a spot-fixing scandal in 2013 which resulted in two teams being banned for two years.

Digital payments platforms have experienced a surge in demand in India in recent months, with their usage doubling in 2020 from a year earlier due to coronavirus restrictions, according to consultancy firm Local Circles.

We live in a world where facts and fiction get blurred
In times of uncertainty you need journalism you can trust. For only R75 per month, you have access to a world of in-depth analyses, investigative journalism, top opinions and a range of features. Journalism strengthens democracy. Invest in the future today.
Subscribe to News24
Related Links
Justin Ontong sets sights on improving Proteas fielding
England hope bubble cricket can be blueprint for world game
From King Kohli to Afghan spin wizard: 5 to watch in IPL
Next on Sport24
New Proteas convenor Victor Mpitsang: 'We need to give equal opportunities for players to perform' 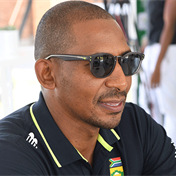