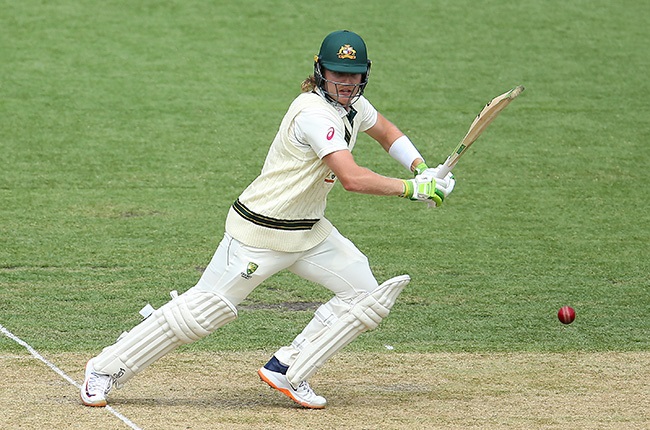 Australian opening batsman Will Pucovski failed a fitness test on Thursday and was ruled out of the series-deciding fourth Test against India, with Marcus Harris taking his place.

The 22-year-old, who made his debut in the drawn third Test at Sydney, cracking an impressive 62 in the first innings, dislocated his shoulder while fielding in the match.

"He tried to train this morning and didn't quite come up, so he will have a bit of work to do with our medicos, I'd imagine, to see where he goes from here.

"He's missing this Test match and Marcus Harris will replace him."

Paine added that barring late mishaps, it would likely be the only change to the team that played the tense drawn Test in Sydney, leaving the four-match series locked at 1-1 heading into Brisbane.

Harris, who made his debut against India at Adelaide two years ago, has played nine Tests but not featured since Australia retained the Ashes in England last year.

"He'll come in and open the batting and looking forward to seeing what he can do," said Paine. "He's a no fuss, very good player."

We live in a world where facts and fiction get blurred
In times of uncertainty you need journalism you can trust. For only R75 per month, you have access to a world of in-depth analyses, investigative journalism, top opinions and a range of features. Journalism strengthens democracy. Invest in the future today.
Subscribe to News24
Related Links
West Indies skipper Brathwaite says he will 'lead from the front'
Jacques Kallis 'sad I can't help in SA' but 'thoroughly enjoying England set-up'
Boucher: Font of wisdom to rookie Proteas in Pakistan
Next on Sport24
Down to the wire as Proteas women score narrow win over Pakistan