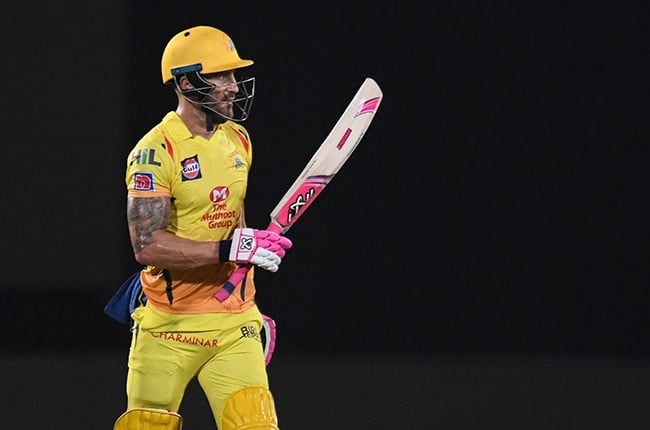 AFP sport looks at five key lessons from the 14th edition of the world's richest Twenty20 tournament, which was halted in India due to the coronavirus pandemic and concluded in the United Arab Emirates.

Once mocked as a "Dad's Army", M.S. Dhoni's Chennai proved their supremacy with their consistency as they battled to their ninth IPL final.

From 40-year-old Dhoni to Dwayne Bravo at 38, Chennai had six players over 35 in their squad. But they left their younger rivals behind as they became the first team to make the playoffs and then a direct entry into the final.

Dhoni hinted he will stay for at least one more campaign, when he said: "Still I haven't left behind" to commentator Harsha Bhogle's remark about the legacy he wanted to leave.

Chennai made a stunning comeback after failing to make the playoffs in 2020 but Dhoni knows that youth matters and a few of the ageing stars will be missing when Chennai regroup for the 2022 tournament.

For many players this IPL was an ideal tune-up for the T20 World Cup starting Sunday in the UAE but for 36-year-old Faf du Plessis it was a chance to make a big statement after being dropped from South Africa's squad for the showpiece event and he played a key role in Chennai's triumph.

Former England captain Michael Vaughan said it was "absolutely ridiculous" to leave du Plessis out of the World Cup.

Kolkata's Venkatesh Iyer made his IPL debut as an unknown in the second half of the tournament but emerged as a leading new talent coming out of the IPL factory.

A business student who intially played cricket for fun, he made an instant impact for Eoin Morgan's Kolkata as an opener with an already established Shubman Gill.

Iyer finished with 370 runs including four half-centuries to win praise from all quarters including coach Brendon McCullum who predicted a "big future" for the left-handed batter.

Chennai opener Ruturaj Gaikwad was the top batsman of the season with 635 runs and was named emerging player of the IPL.

Kohli, the king without a crown

Virat Kohli's dream of winning an IPL title as captain went up in smoke after Royal Challengers Bangalore lost to a rampaging Kolkata in the final four eliminators.

It was Kohli's ninth and last attempt at winning the IPL since he became Bangalore captain in 2013. The team's runners-up finish in the 2016 season remains their best showing under the India star.

The prolific batsman announced his decision to step down as captain because he wanted to concentrate on scoring runs for club and country. He will leave the national T20 captaincy at the end of the World Cup.

Kohli said he gave his "best" to the franchise. The Indian Express headlined his last defeat as "Virat Kohli: the king without a title".

West Indies spinner Sunil Narine proved at the IPL he can still outfox batsmen with his remodelled bowling action that got him 16 wickets for Kolkata.

After being called for chucking several times in league and international cricket, Narine unveiled his new action, hiding the ball behind his body during the run-up, in the Caribbean Premier League last year.

Narine, who is not in West Indies' World Cup squad, turned up with a match-winning performance in the eliminator when he got big guns Kohli, AB de Villiers and Glenn Maxwell to beat Bangalore.

Skipper Morgan said "the guy is consistently exceptional every time he takes the field".