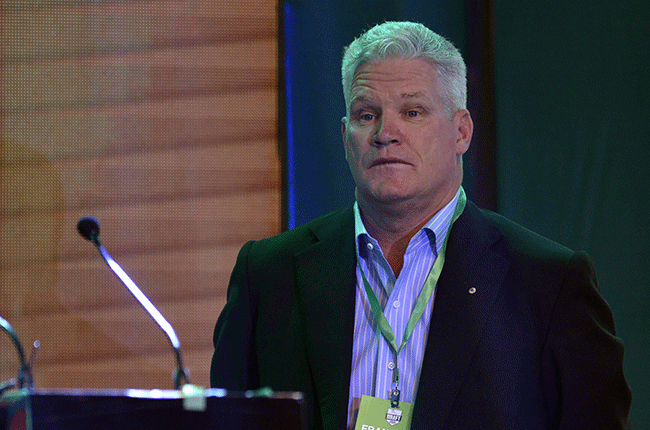 Australia batsman and cricket commentator Dean Jones, who had been covering the Indian Premier League (IPL) from Mumbai, has died after a heart attack aged 59, broadcaster Star India said on Thursday.

"It is with great sadness that we share the news of the passing away of Mr. Dean Mervyn Jones," the company said in a statement.

"He died of a sudden cardiac arrest. We express our deep condolences to his family and stand ready to support them in this difficult time."

The attacking player was renowned for his exploits in the 50-over game, where he scored 6 068 runs.

But the Victorian's most memorable innings was in 1986, when he struck 210 in the blistering heat of Chennai during cricket's second-ever tied Test.

"One hour into day two I knew I was in trouble," he told ESPNcricinfo.

"I didn't drink anything apart from a cup of tea or coffee. We didn't know anything about dehydration and rehydration back then. Then I just batted from memory basically. I can't remember much from 120 on."

Later he coached in the Pakistan Super League and was also a widely travelled commentator.

"Dean Jones was a hero to a generation of cricketers and will forever be remembered as a legend of this great game," Cricket Australia chairperson Earl Eddings said in a statement.

"This is a truly sad day. Deano's loss will be felt not just at home in Australia, but across the globe."

"He was simply just a good mate that always had my back. We'd stayed close post cricket and only talked this morning about a fun project that we were going to get involved in," Border told The Sydney Morning Herald.

Australian head coach Justin Langer said Jones was "one of the great players and personalities in a golden time for the game".

"His role in the team's World Cup win in 1987 and the 1989 Ashes under AB (Allan Border) were a huge turning point for Australian cricket," Langer added.

The IPL, where Jones was part of the official broadcasting team, added that his "energy and enthusiasm for the game will be truly missed".

Co-commentator Brett Lee was with Jones when he collapsed at the hotel and had performed CPR on his fellow countryman in a bid to revive him, Australian media reported.

Hours later, Lee made an emotional tribute to the iconic player in a pre-game show before the IPL match between Kings XI Punjab and the Royal Challengers Bangalore, calling him an "absolute legend".

"I think the thing we want to say about Deano is he would have wanted us to be here tonight," Lee said with co-host New Zealander Scott Styris.

Ex-England batsman and commentary colleague Kevin Pietersen said late on Thursday during live coverage of the game - where players wore black armbands to honour Jones - that the Australian was someone who "had time for everybody and we loved him".

The father-of-two was a colourful character known for his outspoken views. A popular figure in Indian media, he had his own show "Prof Deano" on news network NDTV.

"Shocked to hear about the tragic loss of Dean Jones. Praying for strength and courage to his family and friends," said India's skipper Virat Kohli on Twitter.

"A wonderful soul taken away too soon. Had the opportunity to play against him during my first tour of Australia," he said.

"Gone so young. Condolences to the family and may his soul rest in peace," added India's head coach Ravi Shastri.

Jones attracted controversy in 2006 during a series in Sri Lanka when he described South African batsman Hashim Amla, a Muslim, as looking "like a terrorist" due to his long beard.

He was sacked by Ten Sports as a commentator for the remark, for which he later apologised.

Absolutely heartbreaking news about Dean Jones passing away.
A wonderful soul taken away too soon. Had the opportunity to play against him during my first tour of Australia.
May his soul rest in peace and my condolences to his loved ones. ???? pic.twitter.com/u6oEY1h7zz

Shocked to hear about the tragic loss of Dean Jones. Praying for strength and courage to his family and friends. ????

Really shocking to lose a colleague and a dear friend - Dean Jones. Gone so young. Condolences to the family and may his soul rest in peace #RIPDeanJones ?? - @cricketcomau pic.twitter.com/pckNBow5Sv

We live in a world where facts and fiction get blurred
In times of uncertainty you need journalism you can trust. For only R75 per month, you have access to a world of in-depth analyses, investigative journalism, top opinions and a range of features. Journalism strengthens democracy. Invest in the future today.
Subscribe to News24
Related Links
CSA vs Sascoc: Barry Hendricks' return not expected to change things
Sharma hits 80 as Mumbai break UAE jinx in IPL
Pakistan confirm Zimbabwe for 'bio-secure' series
Next on Sport24
Jadeja's final fireworks help Chennai to thrilling IPL win 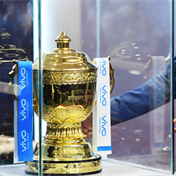