Miller credits mindset shift for bumper IPL season: 'It's about making sure I impose myself' 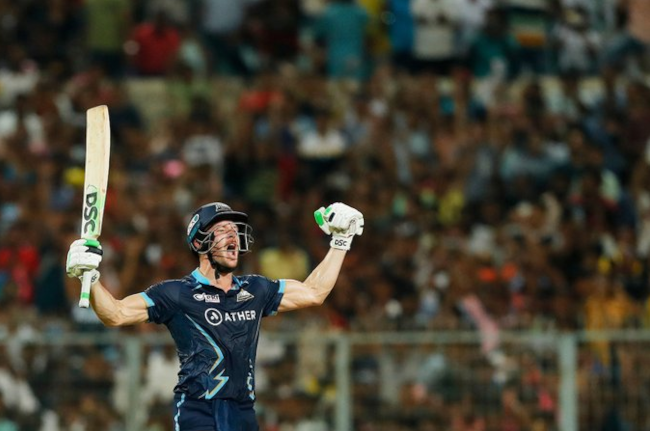 There's no doubt that David Miller has played an integral part in the Gujarat Lions' run to the IPL final.

The Proteas big-hitter has been in spectacular form during the tournament and the 449 runs he has amassed so far is his best-ever return in the IPL.

Those runs have come at an impressive strike rate of 141.19.

While he has struggled in the past against spin, that hasn't been the case this year. In fact, Miller's strike rate of 144.36 is higher than his overall strike rate, and he averages a whopping 96 against the turning ball.

That success, Miller told Cricinfo, is down to working hard and a shift in his mindset.

"I have never really felt like I have been a player who struggled against spin, [but] it is an area I had to improve, and in the last three-four years, I have changed my mindset against spin," Miller said.

Miller says that mindset change revolves around imposing himself on the bowlers while at the crease.

"It's about making sure, especially in T20 cricket, [that] I impose myself."

"I am looking to score every ball, but when there is a bad ball, I am at least in a good position to put it away for four or six.

"Obviously, it then creates pressure on the bowler as opposed to the bowler settling in.

"That's one of the things mentally I have tried to improve," he added.

Gujarat Titans will be looking to Miller to impose himself one final time when they take on the Rajasthan Royals in the final of the IPl on Sunday.

We live in a world where facts and fiction get blurred
In times of uncertainty you need journalism you can trust. For 14 free days, you can have access to a world of in-depth analyses, investigative journalism, top opinions and a range of features. Journalism strengthens democracy. Invest in the future today. Thereafter you will be billed R75 per month. You can cancel anytime and if you cancel within 14 days you won't be billed.
Subscribe to News24
Next on Sport24
David Miller, Gujarat face Rajasthan's red hot Jos Buttler in IPL final