KP to consider playing for Proteas? 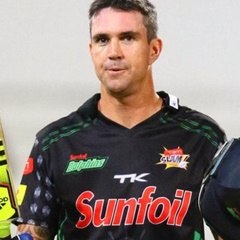 Cape Town - Would Kevin Pietersen consider playing for the Proteas?

Pietersen, 35, has not played Test cricket for England since January 3, 2014, after which he was dropped from the team and told he would not be picked in future.

However, under ICC rules, once a player has represented a Test-playing country, he must wait four years to re-qualify for another side.

That would mean the controversial Pietersen will be eligible to represent the Proteas in early 2018.

Pietersen would be 37 at such time.

In an interview with talkSPORT, Gough said Pietersen may consider representing his country of birth.

“He’s played out in South Africa this year and did brilliantly. They absolutely love him out there. All these people who think Graeme Smith hates him (are wrong), they are like best mates. He is quite high up in South African cricket. It wouldn’t surprise me if they tried to persuade him to play.”