Linde leads rearguard revival as SA 'A' struggle against India 'A' 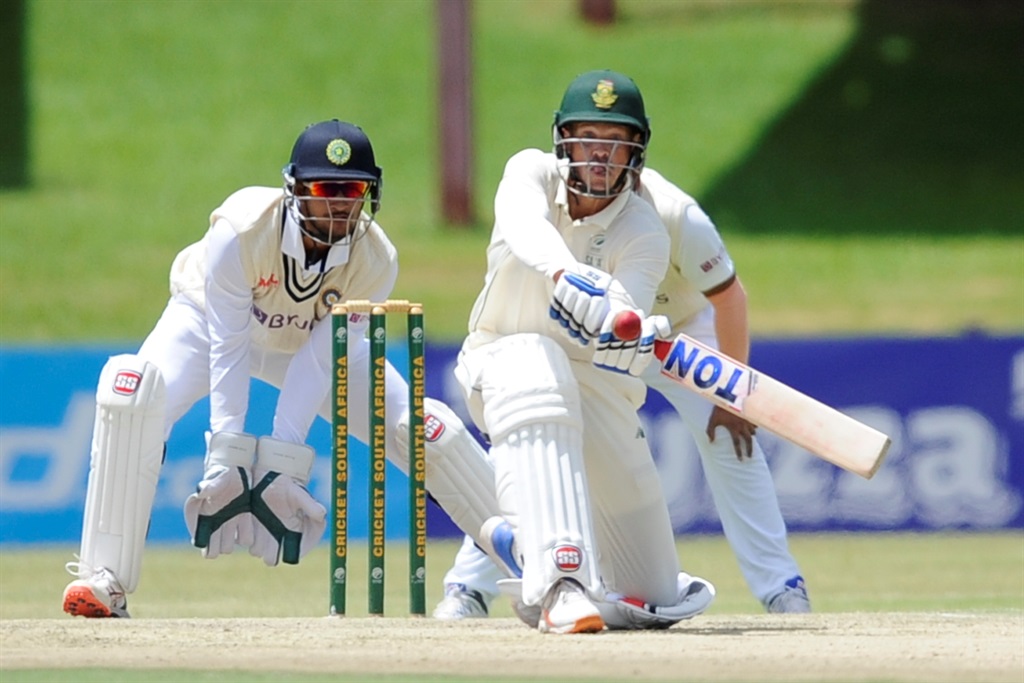 The South African A side rallied well with the bat late on in the day’s play as they kickstarted the action against India A in the series’ second four-day clash hosted at the Mangaung Oval in Bloemfontein on Tuesday.

SA A won the toss and elected to bat first before shortly finding themselves one wicket down when the team’s leader, Pieter Malan (0) was dismissed without scoring, leaving Sarel Erwee (38) and Raynard van Tonder (34) to rebuild the innings and guide their side to lunch.

The visitors came out of the lunch break firing, removing both in-batters in quick succession before Tony de Zorzi, one of two South African centurions from the first match, was also sent back to the change room for two to leave the home side on 92 / 4.

Zubayr Hamza (31) and Sinethemba Qeshile (32) then toiled well at the crease in the scorching heat of Bloemfontein before Hamza chopped one onto his stumps. That wicket brought  Linde (44) to the crease, as the all-rounder combined with Qeshile for a 44-run stand to help SA A towards the 200-run mark.

After the departure of Qeshile, Linde found another willing partner in Marco Jansen (38*) as the pair put on 53 runs together for the seventh wicket before Jansen and Lutho Sipamla (1*) reached the end of the day’s play at the crease with South Africa on 233 / 7 after 85 overs.

Ishan Porel (2 – 26) and Navdeep Saini (2 – 54) were the star bowlers for India A, picking up two wickets apiece in what was an impressive bowling display for the away team.

South Africa A lead by India A by 233 runs

India A: Yet to bat

Get the newsletter
Voting Booth
What are your views on the World Rugby men's Player of the Year nominations for 2021 not including any Springboks?
Please select an option Oops! Something went wrong, please try again later.
It's a disgrace! Both Siya Kolisi AND Eben Etzebeth should have been nominated!
39% - 6517 votes
Siya, at the very least, should have been included after a superb season
6% - 1032 votes
Etzebeth has been SA's best player this year and should feel hard done by
21% - 3545 votes
Get over it! Moaning about this just sounds like sour grapes!
33% - 5560 votes
Previous Results
Showmax
The story of a legend: Sir Alex Ferguson