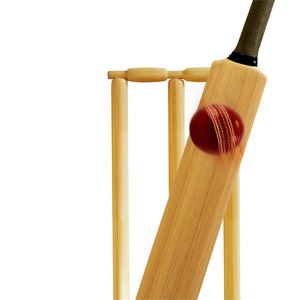 Mumbai - A Mumbai schoolboy made history on Tuesday when he sensationally became the first ever batsman in any class of cricket to score 1 000 runs in a single innings.

Fifteen-year-old Pranav Dhanawade smashed his way to 1 009 not out off 323 balls as he obliterated a 117-year-old record for the highest number of runs scored in one innings.

Dhanawade, the son of an auto-rickshaw driver, soared past Arthur Collins' previous record total of 628 in England in 1899, during an inter-school tournament in the western Indian city.

"Congrats #PranavDhanawade on being the first ever to score 1 000 runs in an innings. Well done and work hard. You need to scale new peaks!" Indian batting legend Sachin Tendulkar posted on Twitter.

Dhanawade's epic knock included 129 fours and 59 sixes. It ended when his school declared on 1,465.

The school tournament was recognised as an official innings by the Mumbai Cricket Association.

Ayaz Memon, a leading Indian cricket expert, said it would be a phenomenal feat for any cricketer to score four digits at any level of the game.

"It's just incredible. Scoring 1 000 runs in less than two days at this speed is a great achievement," Memon said.

But translating this accomplishment from club to international level will be a big challenge for the teenager, he said.