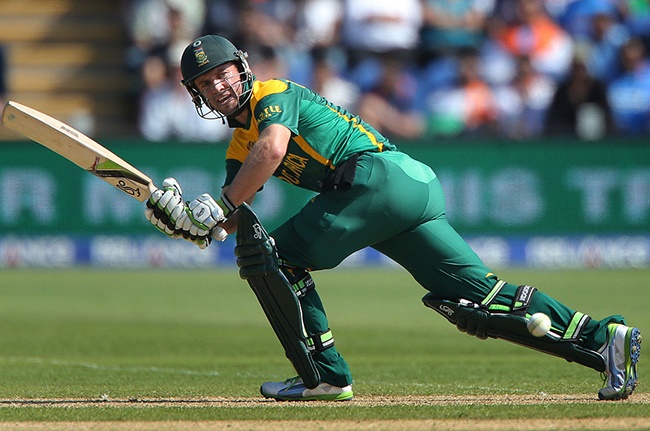 Former Proteas captain AB de Villiers and legspinner Imran Tahir have both been named in the International Cricket Council (ICC) ODI Team of the Decade announced on Sunday.

Other than the two South Africans the team includes Indian stalwarts Rohit Sharma, Virat Kohli and MS Dhoni who was named captain of the side.

De Villiers played 228 ODI matches for South Africa scoring 9577 runs at an average of 53.50 and including 25 centuries and 53 half-centuries.

De Villiers called time on his international career in 2018 but in November current Proteas coach, Mark Boucher admitted that he was in line for a possible selection before the nationwide lockdown in March.

Those discussions have since been put on hold.

Tahir retired from 50 over cricket after the World Cup in 2019.

Dale Steyn was the only South African named in the Test Team of the Decade.

Steyn, who took 439 Test wickets for South Africa in 93 games at an average of 22.95 was joined by James Anderson, Stuart Broad, Ben Stokes and Ravichandran Ashwin in the attack.

We live in a world where facts and fiction get blurred
In times of uncertainty you need journalism you can trust. For only R75 per month, you have access to a world of in-depth analyses, investigative journalism, top opinions and a range of features. Journalism strengthens democracy. Invest in the future today.
Subscribe to News24
Related Links
Proteas Women stalwarts Van Niekerk, Kapp named in ICC ODI Team of the Decade
Sipamla turns clinical as Proteas fight back against Sri Lanka
KZN Cricket, Cricket South Africa pays tribute to Ben Dladla
Next on Sport24
Cricket SA interim board on avoiding Sports Minister intervention: 'We still have time'