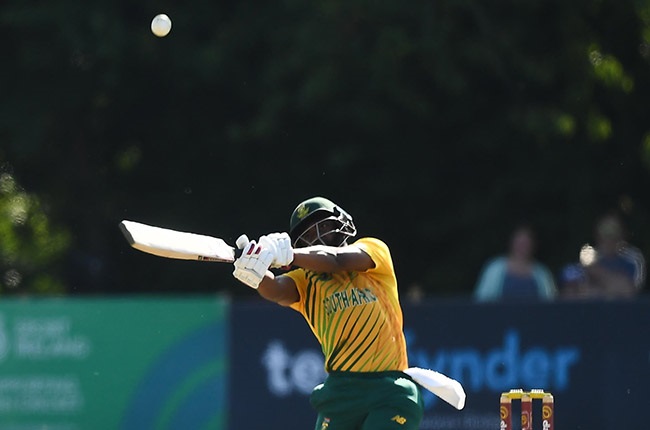 Temba Bavuma played a captain's knock, scoring 72 from 51 balls, to lead the Proteas to a 49-run win in the third T20 against Ireland.

The win, also propelled by Reeza Hendricks' 69 from 48, meant South Africa completed a 3-0 clean sweep of the T20 series in Ireland, after drawing the One Day International series 1-1.

AS IT HAPPENED | Ireland vs Proteas

Bavuma, who opened with his Lions teammate Hendricks after Quinton de Kock earned a rest, hit two sixes and six fours in his innings as South Africa posted 189/2.

Chasing 190 for victory, the target proved too much for the Irish to overcome, falling short on 140/9.

The Proteas came into the game having made five changes to the team that sealed the series in the second T20, with De Kock, Tabraiz Shamsi and Lungi Ngidi among the big omissions.

The Proteas were also sharper in the field as two run outs by Bavuma and Phehlukwayo saw the end of Simi Singh's and Mark Adair's innings.

Ireland skipper Andrew Balbirnie top-scored for the hosts with 27 from 22 balls before he became one of Linde's victims, trapped in front.