Boucher hits back at critics over coaching credentials 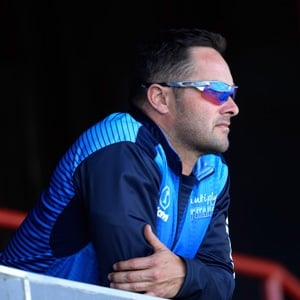 Many pundits called for Boucher to get the Proteas job, but the position instead went to Highveld Lions coach Enoch Nkwe - on an interim basis - for South Africa's upcoming tour to India.

Boucher told Netwerk24 that it doesn't bother him that he wasn’t approached by CSA.

"What does bother me is that there were reports that I was not willing to grow as a coach. It's really unfair."

"Questions have been asked about why I didn't do courses at that level. But I'm learning about coaching from people like Gary Kirsten and Jacques Kallis and also other influential business people. I really don't believe your suitability as a coach is determined by doing a CSA course."

Regarding the claim that he did not want to grow as a coach, Boucher told TimesLIVE: "It's the biggest load of nonsense.

"With the Level 3 coaching‚ people need to get their facts straight. You don't have to have a Level 3 in order to be a coach and that hasn't been made a rule by Cricket South Africa. When I was asked to do a Level 3‚ they also asked me to lecture the coaches who were doing the Level 3.

"I said to them: 'If that's the case‚ I don't mind doing a Level 3 but if you want me to lecture‚ then that's in my personal capacity‚ I'm giving off information that I've acquired over the years and I feel there's a fee attached to that. They said there's no fee and when I went to my employers‚ they said I don't have to."

Boucher added that there are many top-level coaches without a Level 3 coaching certificate.

The former Proteas wicketkeeper has been head coach of the Titans since August 2016.

He has since led the Titans to five domestic titles - two One Day Cups, two T20 Challenge titles and one four-day Sunfoil Series trophy.

We live in a world where facts and fiction get blurred
In times of uncertainty you need journalism you can trust. For only R75 per month, you have access to a world of in-depth analyses, investigative journalism, top opinions and a range of features. Journalism strengthens democracy. Invest in the future today.
Subscribe to News24
Related Links
Muthusamy 'overwhelmed' by Proteas call-up
Kirsten backs Mzansi Super League to keep improving
Euro T20 Slam postponed to 2020
Next on Sport24
Dean Elgar not keen on resting on laurels after first Test success