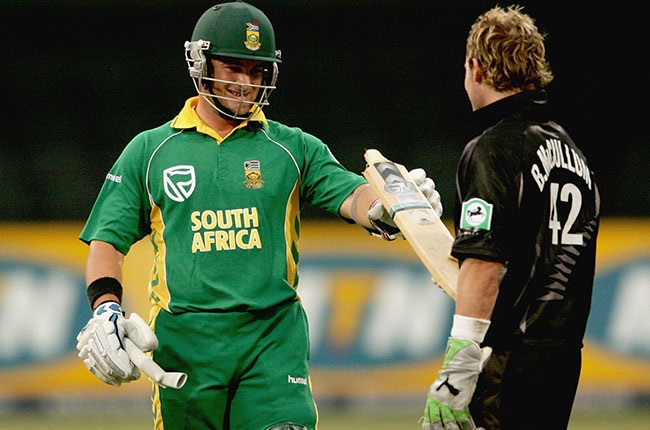 This week's confirmation of New Zealander Brendon McCullum as head coach of England's Test cause tees up his return to combat with another renowned, square-jawed wicketkeeper-batsman in the shape of South Africa's Mark Boucher.

Only this time, it will be in a slightly different guise for the respective masterminds as both remain safely behind the ropes in the looming, appealing three-Test series - starting at Lord's from 17 August - between the powers.

Apart from falling strongly in line with the reputation for glovemen being single-minded, pugnacious individuals - and not averse to exchanging a sharp word or two in the heat of battle - both are highly decorated individuals as players.

Support independent journalism
Get 14 days free to read all our investigative and in-depth journalism. Thereafter you will be billed R75 per month. You can cancel anytime and if you cancel within 14 days you won't be billed.
Subscribe
Already a subscriber? Sign in
Next on Sport24
Rahul to lead India as Kohli, Sharma rested for Proteas T20 series

Get the newsletter
Voting Booth
Would you be keen to see the Springboks join the Six Nations?
Please select an option Oops! Something went wrong, please try again later.
Yes! The Northern Hemisphere is the future.
52% - 2414 votes
No! The Rugby Championship is still the pinnacle.
48% - 2212 votes
Previous Results
Showmax
The story of a legend: Sir Alex Ferguson