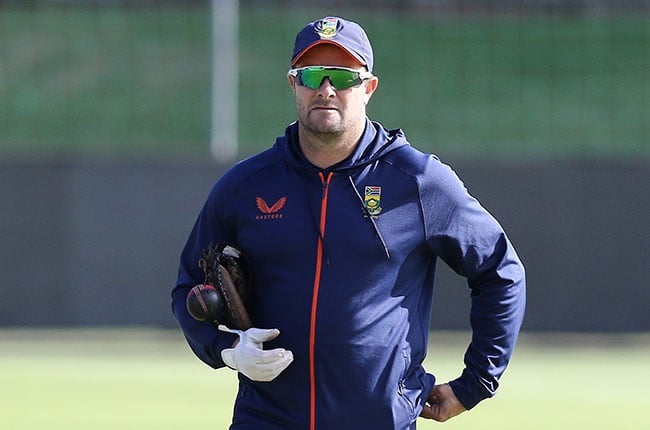 Boucher's disciplinary hearing was set for 16 May, with the governing body having taken steps for his dismissal.

However, in a massive about-turn, CSA dropped all charges which leaves Boucher free to continue his role as head coach of the national team.

"Cricket South Africa (CSA) has concluded that there is no basis to sustain any of the disciplinary charges, including charges of racism, against Mark Boucher, the coach of the Proteas Men's cricket team. The Board of CSA has therefore formally and unreservedly withdrawn all of the charges," a statement from CSA read.

After consulting with its external lawyers, CSA added that it would contribute towards Boucher's legal costs.

Charges of racism were lodged against Boucher after Paul Adams, a former team-mate, said at last year's Social Justice and Nation-Building (SJN) hearings that he had been a victim of racial discrimination during his playing days.

Adams said Boucher was part of a group of Proteas team-mates who referred to him as "brown s***" during team fines meetings around 20 years ago.

That matter was also supposed to have been a key item in the hearing, with the charge sheet alleging that Boucher "treated Mr. Nkwe in a manner unbecoming of a leader in your position".

The other charge facing Boucher related to his stance during the Black Lives Matter movement and "allegedly dealing with the white players' 'concerns and requested that the team manager (who is black) deal with the black players’ concerns.

"This allegedly created or exacerbated division and alienated players and the team."

CSA's backtrack comes after Adams said earlier this week that he would not be testifying in the hearing.

Nkwe is currently a consultant at the Lions, while Adams is head coach of the Eastern Cape Iinyathi.