CSA confirms NO board resignations have been received 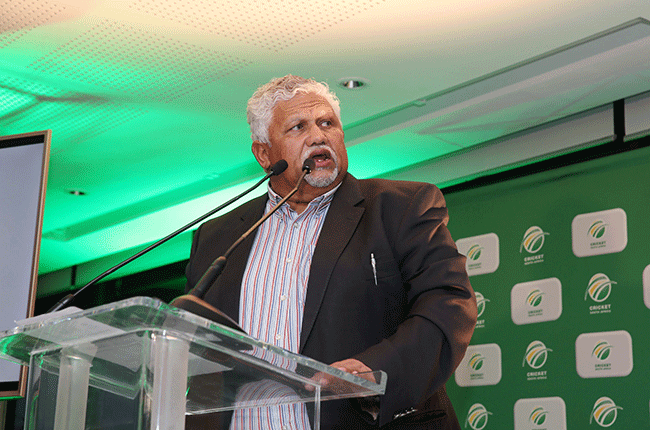 Cricket South Africa (CSA) says that no board members resigned on Thursday night following a meeting of its Members' Council.

It had been reported that Dheven Dharmalingam, a director of CSA, had resigned following the meeting but on Friday CSA said in a statement on Friday that such reports were "inaccurate and inappropriate".

According to the statement, the Members' Council met "to discuss various matters including what is in the best interest of cricket, as well as the organisation."

Acting CSA president Beresford Williams and the other board members who are also Members' Council members, the statement added, recused themselves from the Members' Council meeting to "allow for transparent and confidential discussions amongst the rest of the members to take place."

"The Members' Council deliberated on the various proposals submitted by the Board. The Board had met prior and discussed various strategies that would best position CSA, one of these approaches was that if the Board would need to step down for the best interest of CSA, the Board would then do so as it would be for the greater good of South African cricket," said Rihan Richards, CSA Members' Council member, who chaired the meeting in Williams' absence.

"Dheven Dharmalingam presented a letter to the Board of Directors indicating his willingness to step down, should the Members' Council believe that it is in the best interest for cricket and the organisation as a whole.

"The story currently out there was not corroborated officially by CSA and we again appeal to the media or any other stakeholder who requires information, to contact us directly for accurate information.

"CSA will continue working with our various stakeholders as the oversight body to ensure cricket continues to receive the administrative support it needs to flourish in South Africa," concluded Richards.

We live in a world where facts and fiction get blurred
In times of uncertainty you need journalism you can trust. For 14 free days, you can have access to a world of in-depth analyses, investigative journalism, top opinions and a range of features. Journalism strengthens democracy. Invest in the future today. Thereafter you will be billed R75 per month. You can cancel anytime and if you cancel within 14 days you won't be billed.
Subscribe to News24
Related Links
Victor Mpitsang says SA 'A' is a realistic pathway to Proteas
India cricket legend Kapil Dev recovers from heart surgery
England cricketers agree virus pay cuts
Next on Sport24
LONG READ | Khaya Zondo shed a tear recalling 2015 incident: 'I knew I wouldn't have a normal career'