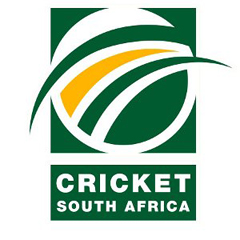 Cape Town – Cricket South Africa was non-committal on Monday over reports that a figure of six players of colour, two of them black African, has already been earmarked as the minimum in future for its national teams.

Sunday newspaper Rapport, quoting a source, said the CSA Board of Directors had already discussed the possibility of having a quota of six players of colour for the Proteas.

But CSA communications manager Altaaf Kazi said on Monday, in response to a Sport24 request for confirmation: “We are not going to respond to articles that are speculative and where ‘sources’ are used (for) information.”

The organisation announced last week, during its Johannesburg celebrations of 25 years of unity and the annual CSA Awards, that the board had “approved in principle” the introduction of targets at national team level, after previously confining them in statutory terms to the domestic environment.

Franchises are currently required to field six players of colour in their teams, with three of them black African.

When the announcement was made, CSA president Chris Nenzani said: “The precise targets will depend on work to be undertaken by relevant committees to determine what is realistic and sustainable.”

*Sport24 has contacted the International Cricket Council for its reaction to the news of CSA’s targets initiative at national level, although no reply had been received at the time of writing.

We live in a world where facts and fiction get blurred
In times of uncertainty you need journalism you can trust. For only R75 per month, you have access to a world of in-depth analyses, investigative journalism, top opinions and a range of features. Journalism strengthens democracy. Invest in the future today.
Subscribe to News24
Related Links
SA 'A' fight back but Oz in control
Ntini rues Zim's lack of experienced pacers
Proteas: Only 5 white players allowed?
Next on Sport24
CSA perplexed over positive Proteas case after bio-bubble investigation