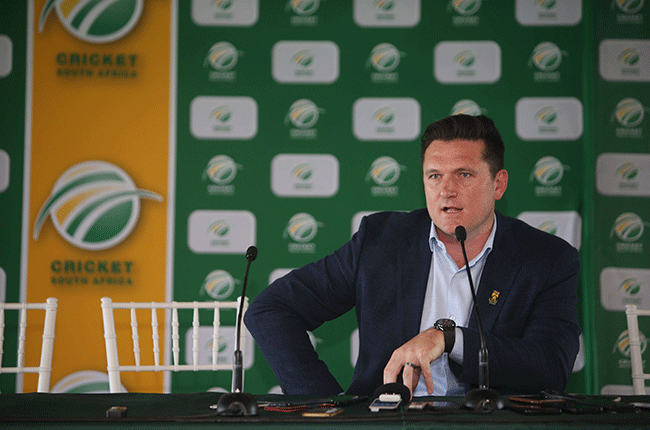 Smith vented his frustration at Australia's decision to withdraw after CA notified CSA on Tuesday morning following months of planning.

READ | Graeme Smith on Aussie tour disappointment: 'It's frustrating to be informed at 11th hour'

In a video released by CSA, Smith hinted that the organisation might have to scramble to plan another tour.

"We have our CSA T20 Challenge but we have to take a day to regroup and look at that March period and what cricket can be played there and how we can move forward."

Smith insists that last year's England ODI series postponement was not the cause of Australia's withdrawal.

"I don't think the England tour had anything to do with it, the positive (cases) that were mentioned were found to be negative," Smith said.

"It's probably where Australia are at the moment as they've locked down their borders, they've been dealing with the pandemic in a far more stringent way.

"We've shown in the Sri Lanka series, the women's bubble and franchise bubble that we are more than capable of handling it."

Smith reiterated how disappointed he was after detailing the plans and work that had been done.

"The amount of work that has gone on these last few weeks has been immense. We were putting in place the most stringent BSE (bio-secure environment) bubble that's possible. From a CSA side, we've done everything possible to ensure this tour gets played.

"What we agreed on a medical protocol roll-out for England compared to what we were going to do for Australia was entirely different. The level CSA was preparing to go to comfort the Australians and make sure they felt safe... and that the series will go ahead... CSA basically bent over backwards."

Smith, who captained the Proteas in a world record 108 Test matches, believes there was no way for CSA to resolve any "fears" Australia had in order to overturn the decision.

"We received a call from Cricket Australia this morning on some fears regarding Covid-19 and my guess is that we will not solve those fears, no matter what we put in place," said Smith.

"That shows you how far we went with booking two hotels, the documents that have been worked on, dealing with airport arrival and maintaining the bubble.... government letters... the amount of work that has gone into this is insane and we all extremely disappointed."

CSA confirmed that the Proteas Test squad, as was planned, would still depart for South Africa at the conclusion of the Pakistan Test series.

The Proteas T20 squad, which will see Heinrich Klaasen lead the South Africans, arrived safely in Lahore on Wednesday morning.

"Our second team is in Pakistan and we were going to bring our Test players home as they were going to be in quarantine before the tour to meet some of the hectic requirements that Cricket Australia has put in place for this tour," he said.

This three-match Test series would've been the first red-ball encounter between the two teams since the ball-tampering saga in 2018.

"I'm extremely disappointed, we got notified this morning, we were all looking forward to the summer with the three-match Test series against Australia," said Smith.

"It was going to be a big part of the Test Championship, it's always a big rivalry - personal experiences aside - it's a wonderful series for our fans and players to be a part of."

The Proteas trail Pakistan 1-0 in the two-match Test series with the final Test scheduled to start in Rawalpindi on Thursday (07:00 SA time).

We live in a world where facts and fiction get blurred
In times of uncertainty you need journalism you can trust. For 14 free days, you can have access to a world of in-depth analyses, investigative journalism, top opinions and a range of features. Journalism strengthens democracy. Invest in the future today. Thereafter you will be billed R75 per month. You can cancel anytime and if you cancel within 14 days you won't be billed.
Subscribe to News24
Related Links
Kohli's India face England with Lord's Test final at stake
Black Caps aim to purge Lord's pain in world Test final
Next on Sport24
'Settled' Proteas can usurp England in their own back yard