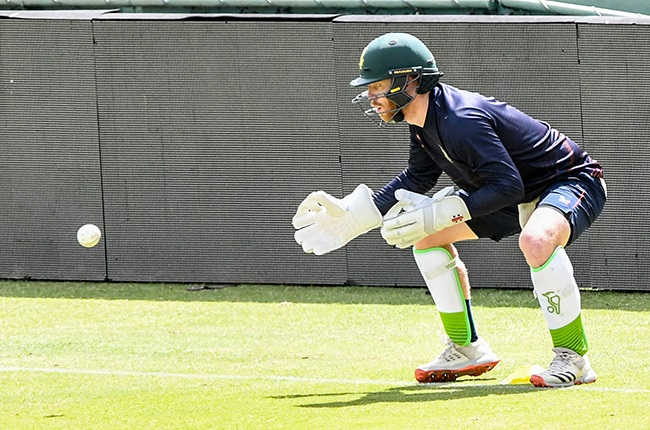 Up and coming Proteas wicketkeeper batter Kyle Verreynne more than understands the assignment that needs to be achieved when they face the Netherlands.

The first of three matches start on Friday at SuperSport Park in Centurion where the Proteas need to scale the ODI Super League table - they are currently ninth on the 13-team table with 34 points.

Having failed to gain full points from their outings against Ireland and Sri Lanka away, Verreynne said they're not in the business of underestimating Ryan Campbell's side.

"With World Cup points up for grabs, it's not hard to get yourself psyched up for a series because you understand its importance," Verreynne said.

"We're not seeing the Netherlands as weak opposition. You saw what happened in the Ireland series where we were convincingly beaten in the second ODI.

"We're definitely not sitting back and thinking it's going to be an easy task, especially with points up for grabs.

"Every series we play in is very important."

Having seen the Netherlands playing in the T20 World Cup, Verreynne has a clear idea of the team they'll be facing.

"I think they'll have a similar team to the one they took to the World Cup, so one will have a gauge of what they'll be up against," Verreynne said.

"There are a couple of guys I have played with and some against, but watching them in the World Cup gave me an idea of what we'll be up against."

While several senior players have been rested for the series, Verreynne has identified this series as one where he needs to establish himself in the Proteas squad.

"A series like this where they are resting the big boys does give someone like me an opportunity to stake a claim," Verreynne said.

"It is quite challenging. That's why it's the national team and it's always good when there is competition for spots."