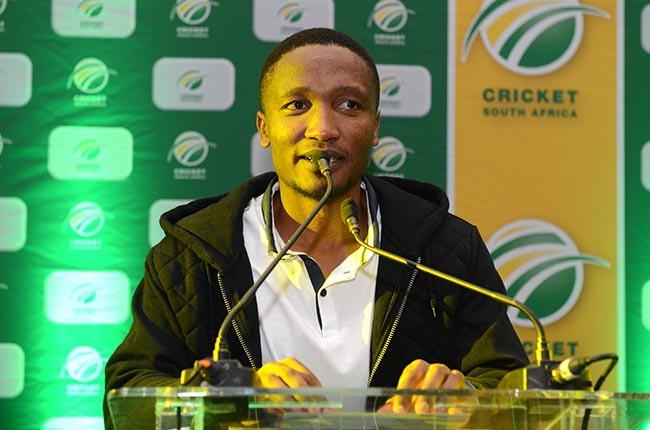 Ramela was not serving on the board at the time of the duo's appointment in December 2019, but after he was appointed to serve on the nine-person interim board in November 2020, Ramela said one of the interim board's mandates was to review all the employment contracts that were ratified by the previous board.

Ramela, a former Cape Cobras, Lions, and South Africa 'A' batter, served on CSA's interim board until 15 December 2020, when he was removed from the structure.

It was an action that saw him approach the South Gauteng High Court to have the decision to boot him out of the interim board overturned.

"When I was given the required documentation as per my mandate on the board, Smith's contract says he's an independent contractor at CSA and not an executive director. The reason I raise this is that he does not enjoy the privilege of being an employee," Ramela said.

"He's an independent contractor with a monthly invoice of R450 000 per month, excluding vat, and the terms of his contract aren't in alignment with what had been advertised for the position.

"I didn't see Mark's contract, but from the information I discovered, his contract did not follow procedure as it was part of Graeme's demand.

"It's for CSA to explain and account how they arrived at this decision, which is why I say the system will bend backward to create new laws, new policies and things you've never seen, for white people.

"I don't know what kind of contract Smith is operating on at CSA, but what I do know is that it is not legitimate.

"The director of cricket position is one that shouldn't be serviced by an independent contractor because the cricket directorate is the heart and soul of the game. It's not like selling laptops. It's a position that decides the future of young men and women in cricket.

"He also enjoys the benefits of being an independent contractor and an employee, along with bonuses."

Ramela is the second former CSA director to question Smith's and Boucher's appointments, after Dr Eugenia Kula-Ameyaw also testified about the matter when the hearings began earlier this month, claiming there were flawed HR processes involved.

Ramela's issues with the interim board, which was headed by retired Justice Zak Yacoob at the time, stemmed from stories emanating from within the interim board about moves to suspend CSA's now-fired company secretary Welsh Gwaza.

Ramela said Gwaza, who was dismissed by CSA last month, put a target on his back by questioning the legality of Smith's contract.

"Welsh, who was supposed to be the co-signatory on this contract, raised concerns with the chairperson of the board Chris Nenzani, the audit and risk chairperson Marius Schoeman and the social and ethics committee chair Professor Steve Cornelius about non-compliance and the contravention of CSA's policies in the recruiting of Smith and Boucher," Ramela said.

"From the time he raised these concerns, he became a target, so that he can make way for these unlawful appointments.

"The same two players whom allegations of racism have been levelled against as players, are doing the same thing as administrators.

"As we speak, Graeme now has two positions at CSA, both of which he's unqualified for."

Smith, who represented the Proteas in 117 Tests, 193 ODIs and 33 T20s, also became the subject of a "Big Five" clique that controlled the national team.

The former skipper has, however, not been the direct subject of racism accusations at the hearings.

And, according to Paul Adams, Smith called out former Protea Johann Louw in a WhatsApp group where the latter allegedly posted a racial slur aimed at ex-SA Under-19 head coach Lawrence Mahatlane.

Boucher, who played in 147 Tests, 295 ODIs, and 25 T20s, was mentioned in Adams's testimony last Thursday as one of the team-mates who  used the slur "brown shit" when referring to the former international spinner.

"I fully respect the sensitivity around this. I am not going to give a knee-jerk response," Boucher said after his Proteas' T20 series whitewash of Ireland on Saturday.

"As I said in my statement, I will go back home, assess the information that's on the table, that's available to me and I will reply respectfully and appropriately to all of the allegations and at the right time as well.

"I need to get home and have a look at what's been said and then I will come through with a response."

Ramela also added that the interim board failed in its duty to review all the contracts and that the SJN should investigate Smith's contract.

"Even the interim board, which was supposed to review the contracts, dealt with every other thing but left the Smith one," he said.

"It meant it was patently clear that it had problems and that contract needs an investigation because it's clear that Graeme doesn't work for CSA."

CSA has maintained that they will not comment regarding any allegations made during the SJN hearings while the process is ongoing.

Board chairperson Lawson Naidoo said: "This approach will protect the independence, autonomy and integrity of this process."