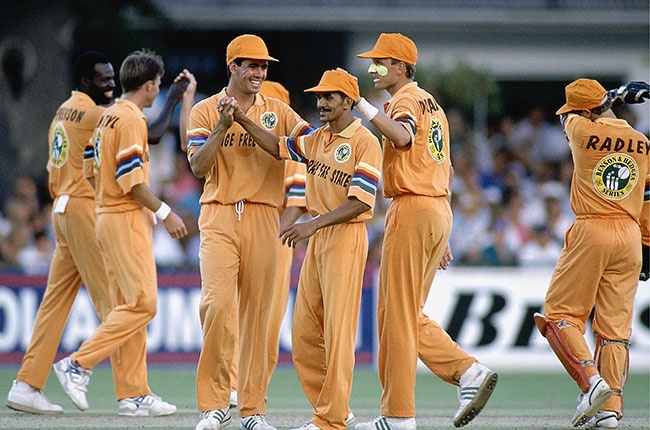 Former Proteas spinner Omar Henry has revealed how he clashed with former Proteas captain Kepler Wessels at the 1992 Cricket World Cup in Australia and New Zealand.

Speaking at the Cricket South Africa Cricket for Social Justice and Nation-building hearings that continued on Monday, Henry, the first player of colour to represent the men's national team, detailed how he clashed with Wessels after not being selected for the New Zealand game in Auckland on 29 February.

The 1992 World Cup was SA's first World Cup sojourn after isolation and Henry, who later became coach and selector in Boland before being a chief executive officer later in his career, was the only player of colour in the 14-man squad.

Mark Greatbatch's 60-ball 68 and Rod Latham's 69-ball 60 helped New Zealand make light work of the target, getting there with 15.3 overs to spare and seven wickets in hand.

Henry said his questioning of his non-selection led to him having an incident with Wessels.

"The second game was against New Zealand in New Zealand (Auckland) and I did my research as the front-line spinner and I realised I wasn't going to play that many games because of the conditions and the squad that was selected," Henry said.

"To my detriment, I wasn't selected and I saw the game against New Zealand where the spinners were dominant. I was disappointed and I needed to know why I wasn't selected, so I went to the manager to get reasons, which was the protocol.

"He said he knew I was disappointed, but will speak to the captain and coach and get back to me. We played the game and were annihilated, but in the dressing room, an incident between me and the captain happened.

"It created a very unpleasant situation that eventually had to be stopped by the managers. I wasn't happy with the way I was treated and the answers that were given to me. I pursued the matter further, several meetings were held and still I wasn't satisfied."

Henry, who also was CSA's convenor of selectors from 2002 to 2008, was so aggrieved by the incident, he approached then United Cricket Board of South Africa president Krish Makherdhuj, who also was the first person of colour in his position.

Henry, who represented Free State locally and also emotionally explained in his under-oath testimony how he was victimised for joining a white's only club, was at the twilight of his career in 1992.

The process also affords alleged perpetrators the right of response.

Henry, who represented the Proteas in three Tests and three ODIs between 1992 and 1993, wanted to leave the touring party after the incident.

Henry ended up playing against Sri Lanka in Wellington and while making his debut on 2 March where he took 1/31 in 10 overs, SA still lost that game by three wickets.

"I wanted to come home and that created more tension and my wife was pregnant at the time. The late Krish Makherdhuj was in Australia, I requested a meeting with him and told him I wanted to go home," Henry said.

"He told me that there was a bigger picture and that I can't go home. I was of the view that if I don't go home, there's no guarantee that things like this won't happen with players of my colour in the future.

"I ended up changing my mind and I stayed, played against Sri Lanka and I performed reasonably well in the game we lost."

We live in a world where facts and fiction get blurred
In times of uncertainty you need journalism you can trust. For only R75 per month, you have access to a world of in-depth analyses, investigative journalism, top opinions and a range of features. Journalism strengthens democracy. Invest in the future today.
Subscribe to News24
Next on Sport24
Flourishing Bavuma admits Boucher saga is making a hard job even more challenging

Choose your newsletters
Voting Booth
What are your views on the World Rugby men's Player of the Year nominations for 2021 not including any Springboks?
Please select an option Oops! Something went wrong, please try again later.
It's a disgrace! Both Siya Kolisi AND Eben Etzebeth should have been nominated!
39% - 6480 votes
Siya, at the very least, should have been included after a superb season
6% - 1023 votes
Etzebeth has been SA's best player this year and should feel hard done by
21% - 3519 votes
Get over it! Moaning about this just sounds like sour grapes!
33% - 5534 votes
Previous Results
Showmax
The story of a legend: Sir Alex Ferguson