Graeme Smith on Makhaya Ntini: 'I was very taken aback… but we must own up' 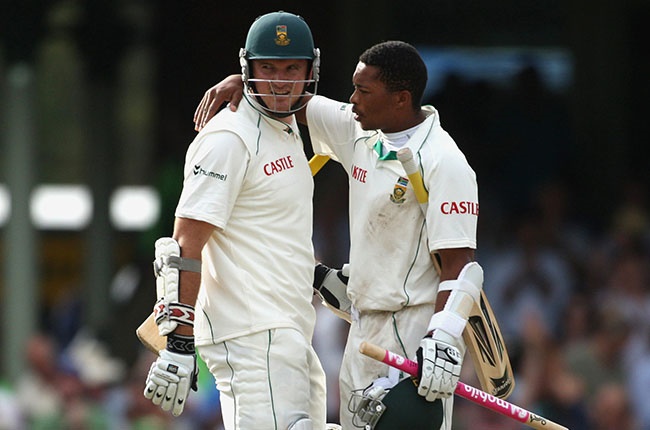 Former Proteas captain Graeme Smith said he was taken aback by Makhaya Ntini’s statement that he felt so lonely at times in the national team that he opted to run to grounds to avoid being in the team bus.

Ntini, who played more than 100 Tests for South Africa, shared his stories in the days after Lungi Ngidi’s stance on Black Lives Matter shook up cricket and prompted black former players to speak out about racial discrimination.

Smith, who was captain in 167 of Ntini’s 284 internationals across all formats, said he wasn’t aware of Ntini’s experiences, but had since taken the time to reflect and understand the former fast bowler’s views on the dressing room culture back then.

The Cricket South Africa (CSA) director of cricket also added that the Black Lives Matter conversation had opened up communication channels around race issues in the sport and that it was important in paving a better way for current and future cricketers, such as Ntini’s son Thando (Titans).

"I was very taken aback by Mackie’s stuff," Smith said.

"Having played with him, I never thought of him as a silent person. When I got into the environment, he was a senior player already.

"In my conversations with him about why he ran to the ground, his explanations to me were different at the time. He never raised anything with me.

"[But] culturally, I can imagine [how hard it was]. I sit back and think being the only black African in the team and someone from his walk of life, must have been tough.

"The awareness around that is something I didn’t have. I’ve certainly considered that and thought about it. In 2010, when we opened the channels for sharing and the culture camp we had then, that became a real and powerful experience for me.

"As I said, there’s some elements that really surprised me. We’ve got to own [up] and listen and be a part of the solution.

"I know his son (Thando) is making his way through the system and it’s important that no one else feels this way going forward."

Smith’s comments also echo Ntini’s close friend and former teammate Lance Klusener's, who told Sport24 that he also wasn’t acutely aware of how Ntini felt despite their close relationship and that he never felt anything was ever deliberate.

Included in Ntini’s experiences were tales of how he felt left out of team social activities, such as dinners and would often dine alone. There were also other language and cultural barriers, Ntini said, that made some periods of his international stay uncomfortable.

"In the early years of my captaincy – I came in as a young player and captain – we probably weren’t the strongest environment from a culture perspective, but as time went on, in particular from 2008 onwards, we became a really strong team.

'I was never aware'

"From 2010, the culture stuff we did gave us a real opportunity to sit and listen to different backgrounds, upbringings, walks of life and we worked that into an environment where everyone felt included.

"I was never aware or made aware. As far as I was aware, there were always channels where people could talk to management, in CEO and presidents positions, but obviously (some) players didn’t feel that way.

"That is an awareness thing and something we’ve got look back on and hopefully improve upon going forward. We need to listen to the players now and understand the challenges they faced.

"Hopefully everyone involved who’s sharing their story has no agendas and wants to be part of the solution and to create a better environment."

Ntini, along with 39 other former players who stood in solidarity with Ngidi, met with CSA last Sunday to discuss their grievances with the sport and to help the governing body better map a way for redress and racial and cultural integration and equality.

One of the thorny points that came in the meeting’s aftermath was Smith’s absence from it, which the group perceived to mean the director of cricket wasn’t willing to engage them, especially considering his standing as a former captain and national director of cricket.

But CSA president Chris Nenzani categorically rejected the notion that Smith was being shielded from scrutiny or was shying away from engaging in the difficult but necessary conversation to root out racial discrimination in cricket.

On Saturday, Smith affirmed his commitment to the process and to CSA’s grand new plans to help fast-track redress through its Social Justice and Nation Building initiative.

'I feel normal with Mackie'

"I’m obviously involved with the Social Justice programme and I think the initial thing is to listen," he said.

"Internally, with regards to the current Proteas setup, and the build up to the Solidarity Cup, that’s exactly what happened.

"It was a real opportunity to have open conversation and to understand everyone’s ideas and thoughts around the process. And that’s why everyone decided to take the knee, to show solidarity with each other and to hopefully create a better environment going forward.

"A number of things that have come out have been surprising but the important thing from a culture perspective is that we create an environment where everyone feels safe to communicate.

"What surprised me the most was that there were players in the past that never felt they had a voice or didn’t feel comfortable enough to communicate.

"Part of my role and my department as director of cricket is having an influence on how things are, moving forward. Initially it’s about listening and communicating.

"I have engaged with a few players in the 40 and I’ll look to engage some more. Hopefully CSA will involve us in that process now. We were meant to be in that first meeting but the board asked us to not be part of the first one.

"But going forward, I would really like the opportunity to engage and to be a part of the solution."

Smith added that his relationship with Ntini was unaffected by the past fortnight’s events and said they had an open discussion about the issues Ntini expressed during their time commentating on the 3 Team Cricket's Solidarity Cup that took place on Mandela Day.

"We had an open discussion; we shared, we listened and there are certainly no hard feelings at all. He shared some stuff with me and I shared stuff with him.

"And that’s what it’s about; being able to hear each other and communicate to find a way forward. I feel like myself and Mackie have certainly done that. There’s certainly no issues between us."

We live in a world where facts and fiction get blurred
In times of uncertainty you need journalism you can trust. For 14 free days, you can have access to a world of in-depth analyses, investigative journalism, top opinions and a range of features. Journalism strengthens democracy. Invest in the future today. Thereafter you will be billed R75 per month. You can cancel anytime and if you cancel within 14 days you won't be billed.
Subscribe to News24
Related Links
CSA boss Nenzani defends Smith, Boucher appointments: 'Black Lives Matter cannot be a witch-hunt'
Black Lives Matter next steps: 'We need answers from CSA about Boucher, Smith appointments'
PICTURES | Graeme Smith, Makhaya Ntini side by side in taking a knee for Black Lives Matter
Next on Sport
Lots to feel good about, says De Klerk before World Cup opener against Sri Lanka